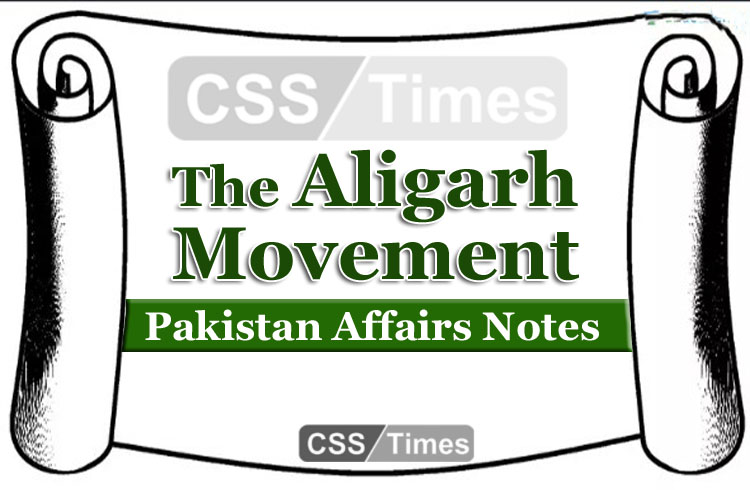 The War of Independence 1857 ended in a disaster for the Muslims. The British believed that the Muslims were responsible for the war of 1857 and therefore, they were subjected to ruthless punishment and merciless revenge. The British had always looked upon the Muslims as their enemies because they had ousted them from power. With the war of 1857 this feeling was intensified and every attempt was made to ruin and suppress the Muslims forever. Thus the Mughal rule came to an end and the sub- continent went directly under the British crown.

After the Muslim rule, the new rulers, the British, implemented a new educational policy with drastic changes. The policy restricted Arabic, Persian and religious education in schools and made English as the only medium of instruction as well as the official language in 1835. A wrong attitude of everything modern and Western, and disinclination to make use of the opportunities opening under the new regime was created among the Muslims. This tendency, had it continued long, would have proved disastrous for the Muslim community.

Such were the days of despair and despondency when Sir Syed appeared on the horizon of Muslim India to rescue them. Sir Syed had the conviction that regeneration of the Indian Muslims had not at all visualized that mankind had entered a very important phase of its existence, i.e. an era of science and learning which was the source of progress and prosperity for the British. Therefore, modern education became the pivot of his movement for the regeneration of the Indian Muslims, which brought a complete orientation in their lives. He tried to transform Muslim minds from medieval outlook to a modern one.

Hali and Shibli were also associated with the Aligarh Movement.

Sir Syed’s first and foremost objective was to modernize the Muslims following the Western cultural values that could create friendly atmosphere for the two communities. He motivated his community to learn the Western philosophy and English literature to get along with the ruling people.

Therefore, in order to fulfill this desire he started the Aligarh movement. He had two immediate objectives in view:

1) To remove the state of tension between the Muslims and the British government, and
2) To induce them to get jobs and other facilities under the new government.

To him, this was the only way for the Muslims to prosper.

The ideas of Sir Syed may be summed up as following:

1. To create an atmosphere of mutual understanding between the British government and the Muslims
2. To motivate the Muslims to learn Western education
3. To persuade Muslims to abstain from agitational politics

Fortunately, Syed Ahmad Khan was able to attract a number of sincere friends who shared his views and helped him. Among them were well-known figures like Nawab Mohsin ul Mulk, Nawab Viqar ul Mulk, Hali, Shibli, Nazir Ahmad, Chiragh Ali, Mohammad Hayat, and Zakaullah. All these personalities advocated the cause set by Sir Syed Ahmad Khan. Some English professors like Bech, Morison, Raleigh and Arnold also contributed greatly in building up the Aligarh college into a first rate institution.

Syed Ahmad launched his educational movement by setting up Gulshan School at Muradabad – 1859; Victoria School at Gazipur in 1863; Scientific Society for the translation of English works in the native language, Urdu, at Aligarh in 1864; Aligarh Institute Gazette imparting information on history – ancient and modern, science of agriculture, natural sciences, physical sciences and Advanced Mathematics in 1866; Committee Striving for the Educational Progress of Muslims – 1870; Mohammedan Anglo-Oriental School (MAO) at Aligarh in 1875 at the pattern of English public schools and later raised to the level of college in 1877 and university in 1920; Mohammedan Educational Conference (1886), which met every year to take stock of the educational problems of the Muslims and to persuade them to get modern education and abstain from politics; it later became a political mouthpiece of the Indian Muslims and the forerunner of the All India Muslim league.

Besides his prominent role in the educational uplift of the Muslims, Syed Ahmad Khan’s writings played important role in popularizing the ideals for which the Aligarh stood. His Risala Asbab-i-Baghawat-i-Hind in 1858; and other writings as Loyal Mohammedans of India; Tabyin-ul-Kalam and Khutbat-i-Ahmadiya rooted out the misunderstandings about Islamic teachings and helped create a cordial relation between the

British Government and the Indian Muslims and also helped to remove the misunderstanding about Islam and Christianity.

It was this platform from where Syed Ahmad Khan strongly forbade the Muslims to join the Hindu dominated political party, the Indian National Congress. He regretted the Urdu-Hindi controversy initiated by Hindus and predicted that both the nations could no longer live together. He stood for reserved Movement theory.

seats for Muslims and also promoted the idea that Hindus and Muslims are two distinct nations, which led to the Two Nation

Syed Ahmad Khan’s Aligarh Movement played a significant role to bring about an intellectual revolution among the Indian Muslims. Thus Aligarh Movement succeeded in achieving its major objectives and boosted up the depressed Muslim community to the real status of nation.