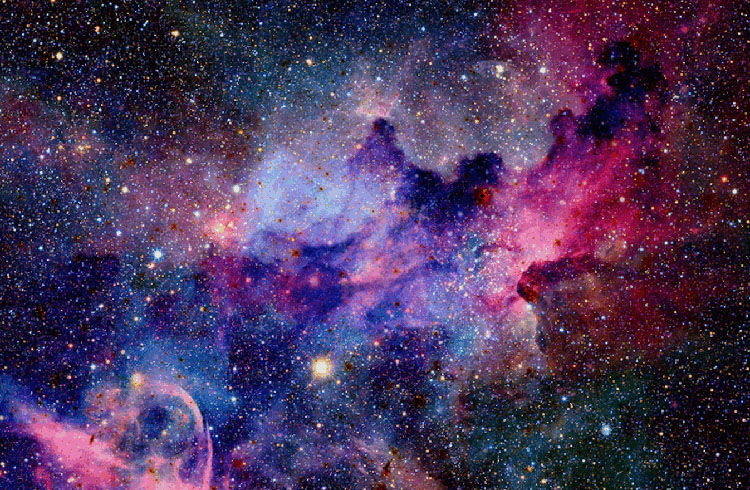 Once it was understood that the Universe had a beginning, scientists began to ask “how did it come into existence, and what existed before it?”

Most scientists now believe that the answer to the first part of the question is that the Universe sprang into existence from a singularity — a term physicists use to describe regions of space that defy the laws of physics. We know very little about singularities, but we believe that others probably exist in the cores of black holes.

Once the singularity was created (however it happened), it began to expand through a process called inflation. The Universe went from very small, very dense, and very hot to the cool expanse that we see today. This theory is now referred to as the Big Bang, a term first coined by Sir Fred Hoyle during a British Broadcasting Corporation (BBC) radio broadcast in 1950.

Interestingly, there really wasn’t any sort of explosion (or bang) as the name suggests, but rather the rapid expansion of space and time. It is like blowing up a balloon, as you blow air in, the exterior of the balloon expands outward.

The Moments after the Big Bang

The early Universe was not bound by the laws of physics as we know them today. Consequently, we cannot predict with great accuracy what the Universe looked like during the first minutes of creation. In spite of this, scientists have been able to construct an approximate representation of how the Universe evolved.

Scientists believe that the Universe was initially so hot and dense, that even elementary particles like protons and neutrons could not exist. Instead, different types of matter (called matter and anti-matter) collided together, creating pure energy. But as the Universe began to cool during the first few minutes, protons and neutrons began to form. Then slowly over time these protons, neutrons and electrons came together to form Hydrogen and small amounts of Helium. During the billions of years that followed, stars, planets and galaxies formed to create the Universe as we see it today

Alternatives to the Big Bang Theory

While the Big Bang theory is the most widely accepted theory about the origins of the Universe, and is supported by all the observational evidence, there are other models that explain the evidence equally well.

Some of the other theories argue that the Big Bang theory is based on a false premise — that the Universe is built on an ever expanding space-time. Some, instead, prefer to build theories on a static Universe, which is what was originally predicted by Einstein’s theory of general relativity. Einstein’s theory was only later modified to accommodate the way the Universe appears to be expanding.(Reference: From John P. Millis, Ph.D)