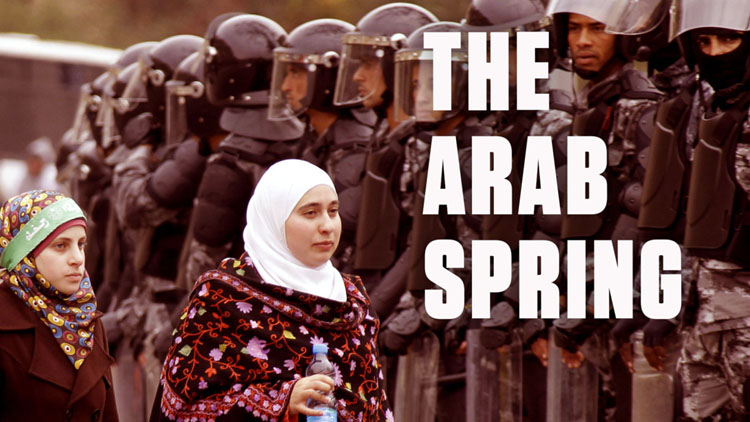 Question: What are the causes of “Arab Spring”? Identify their impacts on the future politics of the region.

At the end of 2010 and the beginning of the 2011, a series of demonstrations and protests began to rise in the Arab world. These protests have become known as the “Arab Spring”, or, as someone else called it, the “Arab awakening”. The Tunisian revolution that took place in the self-immolation of Mohamad Bouazizi on 18 December 2010 in protest of police corruption and ill treatment, has shaken authoritarian leaders across the Arab world in areas such as Egypt, Libya, Yemen, Bahrain. In this article we will try to answer the following question: why did the Arabs rebel? The Arab world was living a very difficult economic and social situation as in Europe in 1848. Poverty, rising food prices, inflation, human rights violation, and high unemployment were the main phenomena the Arabs were facing.

In addition there was much corruption of Arab leaders as shown by some of the Wikileaks diplomatic cables. The main reasons of the Arab revolts are not limited to internal causes, so it is important to analyze the international causes such as the failure of the war on terror, the Iraqi war and the U.S.A – European strategy of the imported democracy. Another possible reason could be the failure of the peace process in the Israeli- Arabic conflict.

Throughout history, any revolution is a result of many events that completely change the nature of the society and its political life. The French revolution (1789-99), for example, was due to many factors such as economic difficulties, political rights and rising food prices (Sydenham1997). William Shaub, in his article, The Roots of the Revolution in Egypt, has highlighted on the average per –capita and it’s possible affect on the revolution. He wrote, “Egypt has had a massive income gap throughout Mubarak’s control, which is clearly the root cause of the original uprising. One half of Egyptians live on $2/day or less. The average per-capita income in the country is just $6,200.” The two Russians researchers, A. Korotayev and J. Zinkina, in their analysis on the Egyptian revolution, affirmed that Egypt was one of the most fast growth of the world food prices, and that definitely had influences on destabilization of Egyptian sociopolitical system (Korotayev et al: 011).

Unemployment in the Arab region is also a major source of economic insecurity and for destabilization of any political system. According to Don Tapscott, “twenty-four percent of young people in the region cannot find jobs” (Guardian: 2011). This percentage of young unemployment is very high and the Arab countries in the region have not been able to change this situation and create new jobs, especially after the world financial crises.

Political and human rights are fundamental for any society and Arab region lives a situation well described by Hisham Sharabi in his book Neo-patriarchy. ” Even when most states arrived a very high level of democracy and political rights, the Arab region still suffers from bad political systems based on corruption, state of emergency laws, the lack of free elections and freedom of speech and religious fundamentalism ” (Sharabi: 2006).

5. Role of the Technology and the Social Network

After all these internal causes of the Arab revolt, it is important to not underestimate the role of the technology and the social network (Facebook, Twiter) that facilitated the communication between the protesters. For this reason, the governments in Egypt and Tunisia shut down the Internet during the last protest against Mubarak and Ben Ali, in order to limit communication between protest groups.

The geographic position of many Arab states protagonist of the “Arab Spring” lead us to analyze also the International causes of these revolts. Egypt is the biggest Arab state and it is the first state that signed a peace accord with Israel. At the same time Cairo during Mubarak regime enjoyed a solid alliance with the United States in addition to the high influence on Palestinian parties. To understand better the 25 January revolution in Egypt we have to focus on the relations between Israel and Egypt before the revolution. The best vision on the relation between the Hebrew state and the Pharonic one is the article of Benn Aluf, Israeli journalist, published on Haaretz.

Although there were some differences in emphasis, all of the evidence we received agreed that protests were spurred by a potent combination of economic, social, and political grievances that created “fertile grounds for dissent” and united disparate groups in opposition to their autocratic systems. Our witnesses described chronic economic underperformance across the region, drawing particular attention to unemployment—especially youth unemployment—which averaged 20% across the region and reached 30% in Libya in 2011; poverty; widening inequality; rising food prices; and increasingly visible evidence of corruption and the enrichment of elites. The food riots that took place in the region in 2008 also contributed, demonstrating existing discontent, as well as the people’s ability to protest.

IMPACTS ON THE FUTURE POLITICS OF THE REGION

After three years since the beginning of the Arab uprisings, the emerging political order in the Middle East is marked by considerable changes within each state at national level in a vital region in the global geostrategic configuration. The Arab uprisings have unleashed internal dynamics of protest and political change in most of the states of the region, its impact transcending national systems, and affecting the political order in the Arab world. The region is at a crossroads, facing various security challenges both from neighbouring countries such as Israel, Turkey and Iran, and in their socioeconomic dynamics and national policies. Depending on the answers to these challenges, the result will range between everything from stability and regional cooperation, to disintegrative conflict in the Middle East.

The Arab Spring exploded amid a deep structural transformation in the Middle East, with its three non-Arab centres of power: Israel, Iran and Turkey. At first, the Arab awakening looked to break the old false authoritarian paradigm, built by Arab leaders out of ‘raison d’état’, establishing a new system based on social justice. Soon, these first impressions clashed with the geopolitical realities of the Arab regional system as enshrined over time. The main demands of the Arab revolts focused on domestic freedoms, good governance and social justice, foreign policy being kept on the back-burner. The revolts have led to a change of status for Arab populations as effective and active agencies in the political landscape, where formerly they were considered the missing equation in power relations, with a legitimacy usurped by Arab dictators and authoritarian regimes all set to maintain dependency relations. The shift of power to the people is manifest in the fact that they are now conscious of their ability to mobilize, rebel, and – finally – vote, and that they supposed that this would lead to change and bring improvement in the power and capacity of Arab societies.

2. Paradigm of the Power of People

The political scene in the Arab awakening is dominated by the socio-political forces of the middle classes looking for a new socio-political system, one that is more just and free. Populations that undertook a peaceful struggle created a new model of change that involved the mobilization of populations through mass protests in the streets and the city neurological centres, headed by young people using the internet and social media as a new tool of political activism. They relied on the synergy of the masses to confront repression, and brought down the most entrenched authoritarian regimes in the region, Mubarak in Egypt and Ben Ali in Tunisia.

The third geostrategic consequence is the proliferation of weak states. The monopoly of force has been questioned and weakened in several Arab countries, with increasing violence at sub-state level. The new governments or those who managed to stay in power cannot reconcile themselves with their highly mobilized societies, and have failed to reach a national consensus to calm the socio-political upheavals. They also cannot reform and rebuild their security apparatus and they cannot regain control over the peripheral zones within their sovereign territories, especially in the Sahel region, the Sinai Peninsula and South of Yemen.

The fourth consequence is the densification of geopolitical disputes crystallized in latent conflicts. The implications will have a great impact on the relations and power structure in the Middle East.

On a systemic level, the Arab awakening is creating a new socio-political and economic reality in the region, transforming the balance of power, not because some states have become stronger, but rather because other states have become weaker and more fragile.

The biggest single achievement of the Arab Spring was in demonstrating that Arab dictators can be removed through a grassroots popular revolt, rather than a military coup or foreign intervention as was the norm in the past. By the end of 2011, the governments in Tunisia, Egypt, Libya and Yemen were swept away by popular revolts, in an unprecedented show of people power.

Even if many other authoritarian rulers managed to cling on, they can no longer take the acquiescence of the masses for granted. The governments across the region have been forced into reform, aware that corruption, incompetence and police brutality will no longer be unchallenged.

The Middle East has witnessed an explosion of political activity, particularly in the countries where the revolts successfully removed the long-serving leaders. Hundreds of political parties, civil society groups, newspapers, TV stations and online media have been launched, as Arabs scramble to reclaim their country from ossified ruling elites. In Libya, where all political parties were banned for decades under Col. Muammar al-Qaddafi’s regime, no less than 374 party lists contested the 2012 parliamentary elections.

The result is a very colourful but also fragmented and fluid political landscape, ranging from far-left organizations to liberals and hard-line Islamists. The voters in emerging democracies, such as Egypt, Tunisia and Libya, are often confused when faced with a plethora of choices. The Arab Spring’s “children” are still developing firm political allegiances, and it will take time before mature political parties take root.

The Middle East before the Arab uprisings seemed like a heterogeneous security system. These parameters were inherited from the colonial powers and the Cold War. The Arab revolutions untied the internal dynamics of protest and political change in most of the states of the region, affecting the whole political order.