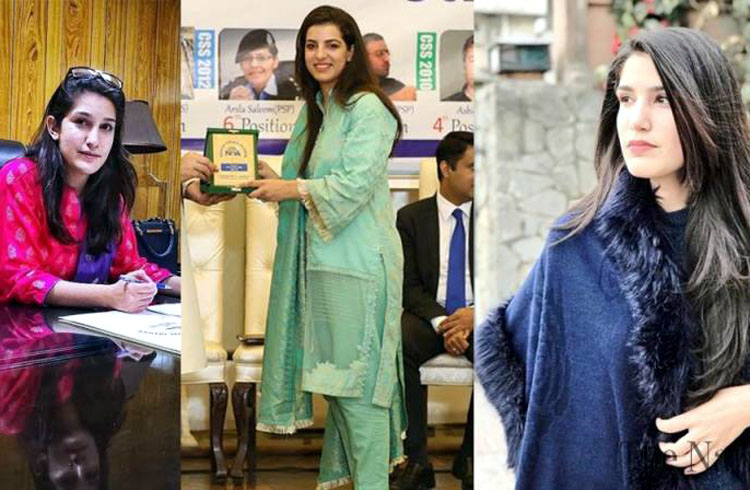 Media’s portrayal of this unique success story has been a bit patriarchal, ironically, this is what the super sisters claim to have fought against

Laila, Shireen, Sassi, Marvi and Zoha are the five names that have become known to almost every social media user since the written part of the CSS result was declared by Federal Public Service Commission (FPSC) on 10th of October, 2019. Thanks to social media, these magical young ladies are probably now more popular than many of our parliamentarians. Both, national and provincial assemblies, male and female. Molana Fazalur Rehaman, the leader of the holy lads is an exception though. His popularity and demand has grown manifold in media since he announced to launch an Azaadi March to topple the change regime of the Prime Minister Khan and his allies.

During these best of the times as well as worst of the times in the local politics, the nation should seriously thank FPSC for announcing the result. People now have something as inspiring to talk about as The CSS Girls who made their parents proud in the time of Molana. Otherwise, we were left with nasty memes on TV show Mere Pass Tum Ho, love and hate soaked reviews on Coke Studio’s new offering Wohi Khuda Hai by Atif Aslam and all the praise for Umera Ahmed’s Aalif whose Qalb-e-Momin has dropped another tweet bomb by indicating to leave entertainment industry soon. If this happens, Umera Ahmed should be ready to take the blame for snatching one of the industry’s heartthrobs from millions of young girls.

Muhammed Rafique Awan is the proud father of the record setting CSS sisters who enabled his daughters to achieve high in a male dominated society like ours. Media’s portrayal of this unique success story has been a bit patriarchal, ironically, this is what the super sisters claim to have fought against.

In almost all the articles I read about the amazing sisters, their names and their father’s name is prominent. There is no mention of mother’s contribution in a long journey the family has come along. I am sure, mother’s contribution would have been no lesser than their father’s but she does not get any mention. Probably, she would have not any articles written about her or mentions made with hashtags on twitter but to me, she is the real hero and as inspiring to all the moms out there as her daughters are to all the daughters today aspiring to be the next Zohas and Shireens!

However, it would have been even better if the wonder sisters have appeared on Punjab’s domicile instead of KPK domicile as they all attended the Presentation Convent School at Rawalpindi for primary education and other equally prestigious Punjab based institutions for higher education. Quotas are reserved to accommodate the less privileged students from other provinces whose academic standard is thought to be a little lesser than that of Punjab. When one is brought up and educated in one province, one should contest the competitive exam from the same province and should not claim another province’s quota just because your ancestors live there. It would be highly encouraging for the aspirants from KPK if both the Sher sisters, Sassi and Zoha appear in their CSS 2019 interviews on the Punjab Domicile instead of KPK domicile as both have qualified the written part.

Now, a word about those Sassis, Lailas, Punnus and Farhads who could not qualify the written part. And trust me, there are plenty. Don’t lose heart. CSS has never been a yardstick to gauge one’s brilliance or intellect. It’s yet another examination for earning a “decent” livelihood which is blamed to boast the crème of Pakistan. The thing about CSS is that those who make it, they don’t know how they made it and those who didn’t, they also don’t know why they couldn’t make it. So, keep calm and prepare for the next attempt. Every job counts. Pakistan also needs good teachers, lawyers, doctors, engineers, scientists, journalists, thinkers, actors, politicians, businessmen, and so on. Good luck!