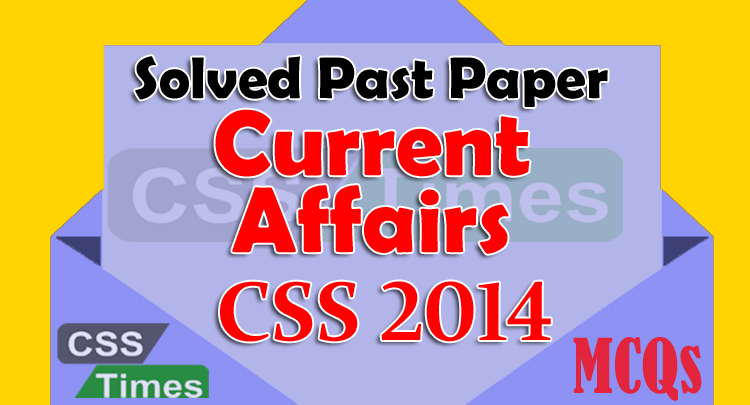 (a) Mongolia
(b).Azerbaijan‎
(c).Kazakhstan
(d).None of these
Answer: (c)
Explanation: Kazakhstan is the world’s largest landlocked country by land area and the ninth largest country in the world; its territory of 2,727,300 square kilometres (1,053,000 sq mi) is larger than Western Europe

(a).53-kilometer
(b).50-kilometer
(c).63-kilometer
(e).None of these
Answer: (a)
Explanation: The Khyber Pass is a 53-kilometer (33-miles) passage through the Hindu Kush mountain range. It connects the northern frontier of Pakistan with Afghanistan.
A number of locations around the world have been named after the Khyber Pass.
Khyber Pass road is a major road in the suburb of Newmarket Auckland, New Zealand
A Suburb of Delhi, India is named after this pass
Steep and twisting road up the West Cliff at Whitby, UK.

3) Suez Canal was constructed in?

4) Pakistan People’s Party was founded in?

(a).November 30, 1968
(b).November 30, 1967
(c). November 30, 1969
(d).None of these
Answer: (b)
Explanation: The Pakistan Peoples Party (PPP) was launched at its founding convention held in Lahore on November 30-December 01, 1967. At the same meeting, Shaheed Zulfikar Ali Bhutto was elected as its Chairman. Among the express goals for which the Party was formed were the establishment of an egalitarian democracy and the application of socialistic ideas to realize economic and social justice.
This photo shows Bhutto seated among the men who would turn the PPP into a fervent progressive platform that not only accommodated committed Marxists, Maoists, ‘Islamic Socialists’ and liberals alike, but would also go on to sweep the 1970 general election (in former West Pakistan). The most endearing characteristic of the image is the way J. A. Rahim (an otherwise serious and somber Marxist thinker and PPP’s leading ideologue) is actually sitting on Bhutto’s lap!
Rahim was one of the founders (along with Z. A. Bhutto) of the PPP and co-author of the party’s original socialist-democratic manifesto.
Bhutto, was hanged by the Zia dictatorship in 1979 through a sham trial, taking with him what still remains to be one of the most populist, dynamic and yet, contradictory eras in Pakistani politics

5) What does Viva Voce mean?

(a).For a particular purpose only
(b).Considered
(c).Premeditative
(d).None of these
Answer: (c)
Explanation: For a particular purpose only; lacking generality or justification: Ad hoc is a Latin phrase meaning “for this”. It generally signifies a solution designed for a specific problem or task, non-generalizable, and not intended to be able to be adapted to other purposes (compare a priori). Common examples are organizations, committees, and commissions created at the national or international level for a specific task; an ad hoc decision; an ad hoc committee

7) What does status quo mean?

8) The Killer Mountain is?

(a).K2
(b).Nanga Parbat
(c).Kangchenjunga
(d).None of these
Answer: (b)
Explanation: Nanga Parbat is the ninth highest mountain in the world. Nanga Parbat is a notoriously difficult climb. Numerous mountaineering deaths in the mid and early 20th century lent it the nickname “killer mountain”. Along with K2, it has never been climbed in winter On June 22, 2013, about 16 militants, reportedly dressed in Gilgit Scouts uniform, stormed a high-altitude mountaineering base camp in Gilgit–Baltistan, and killed 10 climbers, as well as a local guide As of Feb 2014, many of the assailants involved in the attack have been arrested and are being tried under the Anti-Terrorist Act

(a). Northern Africa
(b).Central Africa
(c). South America
(d).None of these
Answer: (a)
Explanation: The Sahara Desert is located in the northern portion of Africa and covers over 3,500,000 square miles (9,000,000 sq km) or roughly 10% of the continent It is bounded in the east by the Red Sea and it stretches west to the Atlantic Ocean. To the north, the Sahara Desert’s northern boundary is the Mediterranean Sea, while in the south it ends at the Sahel, an area where the desert landscape transforms into a semi-arid tropical savanna.

10) The inventor of cell phone belonged to which company?

(a).Samsung
(b).Motorola
(c).Nokia
(d).None of these
Answer: (b)
Explanation: Martin “Marty” of Motorola is considered to be the inventor of the first practical mobile phone in April 3, 1973,. The phone, a DynaTAC 8000x, weighed 2.5 pounds and vaguely resembled a traditional landline phone.Martin “Marty” Cooper (born Dec 26, 1928 in Chicago, Illinois, United States) left his first job at Teletype Corporation in Chicago in 1954 and joined Motorola. On April 3, 1973, Martin placed a call to rival Joel Engel, head of research at AT&T’s Bell Labs, while walking the streets of New York City talking on the first Motorola DynaTAC prototype.

11) Quetta-Mashhad bus service started by Musharraf under vision 2030 started in?

(a).Artificial person
(b).A Juridical person
(c).Both a & b
(d).None of these
Answer: (c)
Explanation: Legal persons (lat. persona iuris) are of two kinds: natural persons – people – and juridical persons (also called juristic or artificial or fictitious persons, lat. persona ficta) – groups of people, such as corporations, which are treated by law as if they were persons

(a).in private
(b).openly
(c).publicly
(d).None of these
Answer: (a)
Explanation: In a manner intended to prevent knowledge or awareness by others

14) Deepest ocean of the world is?

(a).Bering Sea
(b).Mediterranean Sea
(c).Pacific Ocean
(d).None of these
Answer: (c)
Explanation: The Mariana Trench is the deepest part of the world’s oceans. It is located in the western Pacific Ocean, to the east of the Mariana Islands. The trench is about 2,550 kilometres (1,580 mi) long but has an average width of only 69 kilometres (43 mi).

(a).Within the power
(b).Beyond powers
(c).Within lawful authority
(d).None of these
Answer: (b)
Explanation: Ultra vires is a Latin phrase meaning literally “beyond powers If an act requires legal authority and it is done with such authority, it is characterized in law as intra vires (nearly literally “within [the] powers”, after interpolating “the”; standard legal translation and substitute, “within power”). If it is done without such authority, it is ultra vires. Acts that are intra vires may equivalently be termed “valid” and those that are ultra vires “invalid”.

16) Largest concrete dam in the world is?

(a).The Itaipu Dam
(b).Grand Coulee Dam
(c).Three Gorges Dam
(d).None of these
Answer: (b)
Explanation: Grand Coulee Dam is a gravity dam on the Columbia River in the U.S. state of Washington built to produce hydroelectric power and provide irrigation. It was constructed between 1933 and 1942, originally with two power plants. A third power station was completed in 1974 to increase its energy production. It is the largest electric power-producing facility in the United States and one of the largest concrete structures in the world.

(a).Carbon Dioxide CO2
(b).4% to 6% alcohol
(c).Potassium Hydrogen Tartrate KC4H5O6
(d).None of these
Answer: (a)
Explanation: Carbon dioxide gas gives the beverage its sparkle and tangy taste and prevents spoilage. While it has not been conclusively proved that carbonation offers a direct medical benefit, carbonated beverages are used to alleviate postoperative nausea when no other food can be tolerated, as well as to ensure adequate liquid intake.

19) National Day of Afghanistan is on

(a).Subtropical desert
(b).Coastal desert
(c).Cold winter desert
(d).None of these
Answer: (a)
Explanation: The Thar Desert is the world’s 18th largest subtropical desert. It is a large, arid region in the northwestern part of the Indo-Pak subcontinent and forms a natural boundary running along the border between India and Pakistan. With an area of more than 200,000 km2 (77,000 sq mi), within the Indian state of Rajasthan