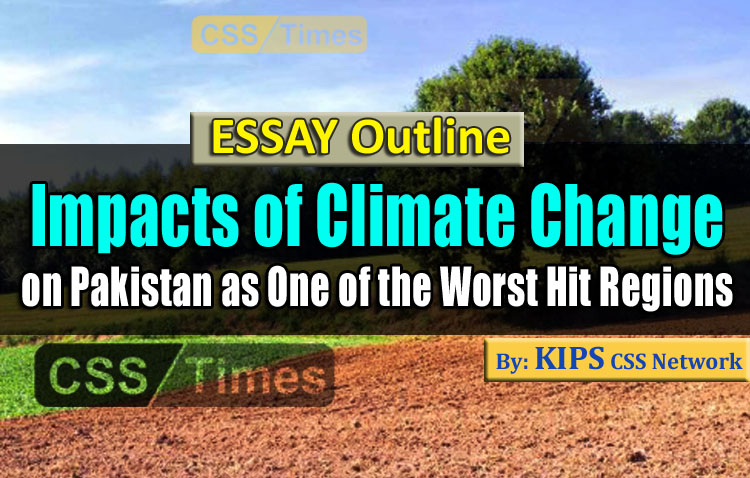 Essay Outline: Impacts of Climate Change on Pakistan as One of the Worst Hit Regions

2. How vulnerable is the world due to climate change

3. The most worst hit regions due to climate change

3.1 Tropical regions of the world are facing extreme weather conditions that have resulted in floods, high intensity storms and over pollution. i.e; Smog engulfed whole Punjab of India and Pakistan.
3.2 Pakistan ranks as 8th most vulnerable country in the world due to climate change.
3.3 Rise in temperature of African countries resulted in drought and famine.

Check Also: CSS Essay: The United Nation has Failed to Measure Up to the Demands of its Charter

5. How international community has helped to lessen the impacts of climate change

5.1 Copenhagen Climate Change Conference in Dec, 2009 forged an agreement as maximum increase in global temperature as 2⁰ C.
5.2 21st Conference of the Parties (COP21) to the UNFCCC, held in Paris.
5.3 Kigali deal in Rwanda to phase out greenhouse gases.