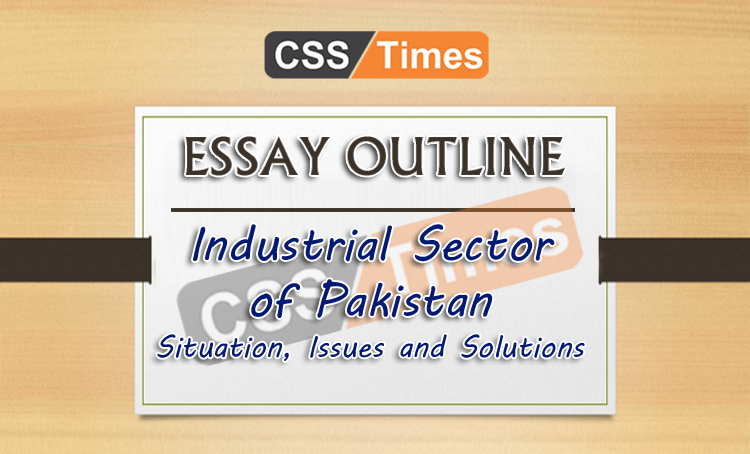 Industrial Sector is the second largest individual sector of the economy accounting for 24% of the GDP. The activity in the manufacturing sector is comprised of large, medium and small-scale. The industrial Production growth rate during the year 2005 remained 6%. Large scale manufacturing growth rate is 19.9%.
Most of the present economic problems in Pakistan are ultimately linked to the slow pace of industrial development. Rapid industrialization is considered by the economic exports as the sovereign remedy to put our economy on a sound basis.
Importance of Industrial Sector in Pakistan or Role of Industrial Sector In economic Development

2. Industrial Sector and Its Components:

3. Importance of Industrial Sector for a Country:

Phase 1 (1947-1957):
This phase started from 1947 ended to 1958. During this period, the country was newly born and politically immature. During this 11-years period, 8 prime ministers came into power. Not a single prime minister was strong enough to pursue the industrial policy well.
Phase 2 (1958-1969):
In 1958, a military government of Ayub came into power in Pakistan and announces a new industrial policy in 1959. This phase witnessed the massive industrial growth in the country.
Phase 3 (1973-1977):
During this period, a new democratic government of Bhutto came into power and adopted the principles of mixed economy.
The nationalized industries were put under the management of Board of Industrial Management (BIM).
Pakistan Industrial Development Corporation (PIDC) was established.
Other reforms were taken by the government were:
Labour reforms
Abolition of bonus voucher system
Reduction of sales tax on imported items
Revision of import policy
Establishment of industrial units in less developed / rural areas
Phase 4 (1977-1988):
A new martial law government by Zia came into power in 1977. The new military government in 1977 announced the reversal of previous government’s nationalization policy and introduced a new industrial policy.
Phase 5 (1988-2008):
During the first half of this phase, i.e., 1988 to 1999 the country had faced worst political conditions in the history of Pakistan.
During the second half of this phase (i.e., 2000-2008), industries of Pakistan faced greater influence of cheaper goods imported under WTO agreements.
Privatization Policy: To reduce the financial burden imposed on government and to reduce slack utilization of resources, privatization policy was adopted and is still continued. The main objectives of privatization were to improve the overall performance of state-owned industries and to promote healthy competition.

7. Some Workable Solutions to the Industrial Sector Issues:

Provision of Uninterrupted and Cheap Supply of Energy to the Industrial Sector
Provision of Cheap and Easy Credit Facility:
Maximum Extraction and Utilization of Indigenous Mineral Resources:
Effective and Beneficial use of Women Workplace:
Provision of Necessary Healthcare Facilities for the Labor:
Eradication of the Scourge of Terrorism:
Research based and Workable Industrial Policies:
Sustenance of Democracy and Political Stability:
Promotion of Public-Private Partnership: