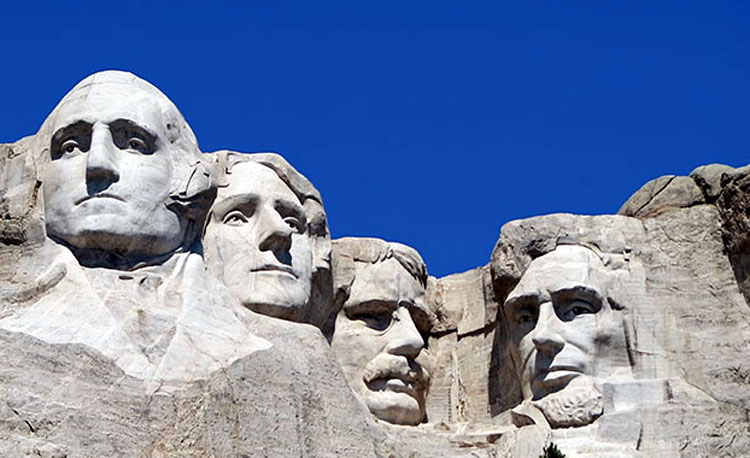 The only president to be unanimously elected was George Washington (1732-1799). He also refused to accept his presidential salary, which was $25,000 a year

Andrew Johnson is the only tailor ever to be president. As president, he would typically stop by a tailor shop to say hello. He would wear only the suits that he made himself

George Washington never lived in the White House. The capital was actually located in Philadelphia and other cities when Washington was president. He is also the only president who didn’t represent a political party

James Abram Garfield (1831-1881) is the first president to ever talk on the phone. When he spoke to Alexander Graham Bell, who was at the other end 13 miles away, he said: “Please speak a little more slowly.”

Thomas Jefferson (1743-1826) was the first president to be inaugurated in Washington, D.C

President Grover Cleveland (1837-1908) is the only president to be elected to two nonconsecutive terms. He was the 22nd and 24th president

Martin Van Buren was the first to be a United States citizen. All previous presidents were born British subjects

James Buchanan is the only bachelor president.

John Tyler (1790-1862) had more children than any other president. He had eight by his first wife and seven by his second. He was 70 when his last child, Pearl, was born.

William Henry Harrison (1773-1841) holds the record for the longest inauguration speech in history at 8,578 words long and one hour and 40 minutes.

George Herbert Walker Bush is the only President with four names

Herbert Hoover was an orphan whose first job was picking bugs off potato plants, for which he was paid a dollar per hundred bugs. He also was a mine worker

Abraham Lincoln was the first president to ever be photographed at his inauguration.

Washington, Jackson, Van Buren, Taylor, Fillmore, Lincoln, A. Johnson, Cleveland, and Truman did not attend college. Harry Truman is the only twentieth-century president without a college degree

The capital of Liberia is called Monrovia after President James Monroe

No president has ever been an only child

Jimmy Carter was a wealthy peanut farmer in Plains, Georgia. A farming accident left one of his fingers permanently bent

Abraham Lincoln is the only president to receive a patent (# 6469).

Abraham Lincoln was the tallest president at 6′ 4.”

The presidential faces on Mount Rushmore are as high as a five-story building, about 60′ from chin to top of the head.

Gerald Ford was the first person to be both vice president and president without being elected by the people.

Andrew Johnson was the first president to be impeached. He was acquitted by one vote in the Senate. It would be another 131 years before another president, Bill Clinton, would be impeached