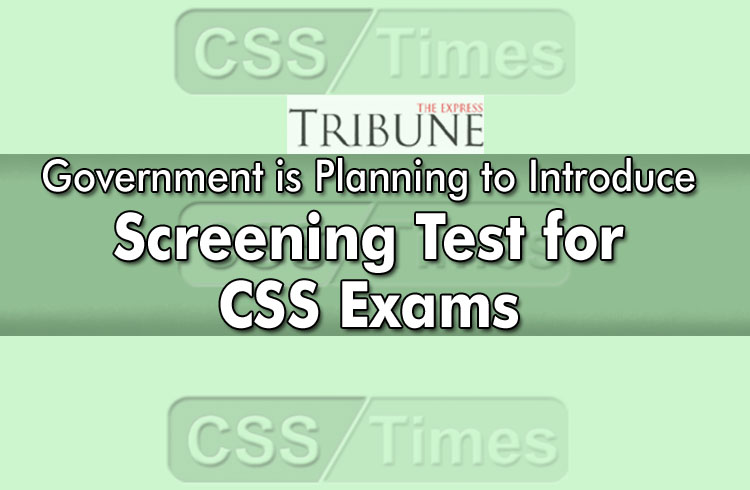 The government is currently in the process of introducing a pre-screening test before participants can appear for the actual CSS examination. Following the PM’s approval, the proposal is now all set to come before parliament. The PM’s Special Adviser on Establishment says these changes are synonymous with the PM’s vision of transparency, integrity and efficiency-based governance. According to the adviser, the screening process will also split candidates into three groups: the Pakistan Administrative Service, Inland Revenue Service, and the International Relations group. Even though federal officials claim these reforms aim to eradicate the “superiority complex and lingering colonial mindset”, they seem to forget that the Civil Service itself is a derivation of the colonial legacy.

The deplorable CSS results paint a dismal picture of the country’s intellectual strength. Only 3.35% of candidates were able to pass the exam in the last four years while this year’s success rate was a mere 2.56%. Bureaucrats and CSS experts give two major reasons: ‘non-seriousness’ of CSS applicants, evident from the thousands not bothering to appear even after applying; and the varying standards of the education system in Pakistan that increasingly perpetuate class segregation.

In contrast, the participants question the credibility of the FPSC marking practices and also blame teaching institutions for their lack of proper guidance.

Even though international institutions pride themselves on their low acceptance rate as a show of rigorous and careful selection, the situation here is quite different.

Pakistan’s education system revolves solely around the dogmatic method of rote learning while the CSS exams are based on IQ, critical thinking and concept understanding — meaning that the bar is set high while the quality of candidates remains low.

The FPSC system may be riddled with problems, like having an outdated curriculum, but it is important for educational systems to follow the core fundamentals of critical thinking and concept understanding rather than relying on memory as the only mental tool. It is only after we are able to upheave the intellectual capability of students that we can move on to revamping the structural systems of the civil service.

Published in The Express Tribune, October 25