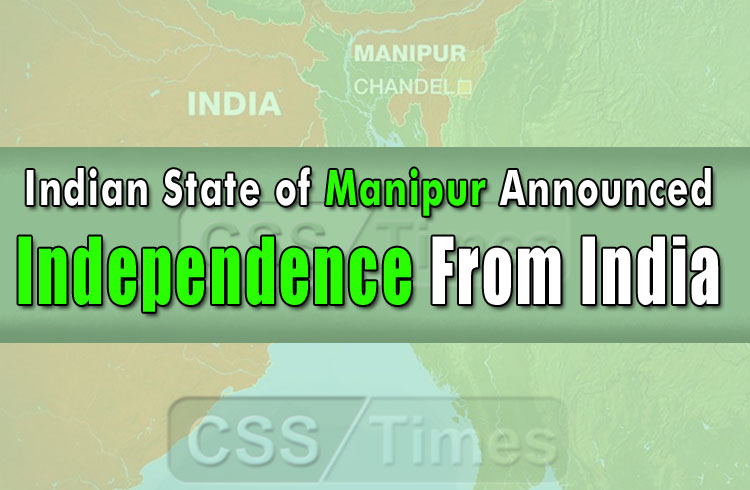 The representatives of State of Manipur’s King Leishemba Sanajaoba have announced separation from India, forming the Manipur State Council.

The exiled government will be based in Central London. 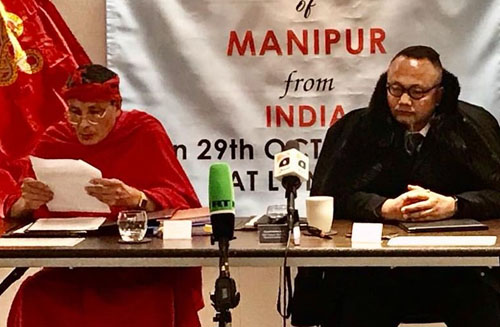 They produced a document showing that His Highness the Maharaja of Manipur had authorised them by the Order No. 12 of 2013 dated the March 15, 2013 to solve the political problems of the State of Manipur.

Both of them confirmed that they have already sought asylum in the United Kingdom in September 2019, fleeing persecution and repression by the Indian state as declaring independence in India would have led them to being arrested and killed arbitrarily by the Indian security forces.

The three million Manipuri people want recognition as one of the precious native nations. Our attempts to engage with the Indian govt were met with hate and hostilities.”

It was not possible for us to declare the independence of Manipur while in India because we, the Councilors of the Manipur State Council, would have faced arrest, torture and extra-judicial killings at the hands of the Indian government.” 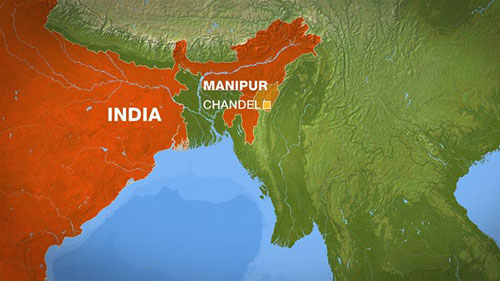 Declaration of The Manipur State Council

They said that Manipur is being ruled through draconian laws by the Indian occupation government “under the Republic Constitution of India including Arms Forces (Special Powers) Act 1958”.

They said that thousands of people have been killed since the occupation of Manipur. Nearly 4500 have been killed unlawfully in the last 10 years and more than 1500 are in prisons in illegal custody. The total loss of life stands at around 15,000 in the last few decades, they said referring to a BBC report which had unearthed the scale of unlawful killings and human rights violations.

They said: “There are more than 1,528 cases of the extra-judicial killing which are pending in the Supreme Court of India. They victim were killed without trial of law. Indian army forces kill the people of Manipur with impunity. The Manipuri human right activist Irom Charu Sharmila, known as the ‘Iron Lady of Manipur’, started protest fasting for 16 years against the controversial Armed Forces (Special Powers) Act and human rights abuses. The brave women of Manipur staged nude protests in front of the Indian Army centres to condemn inhuman torture and killing of innocent people of Manipur.”

The state of Manipur is a de jure government formed in Manipur under the Manipur State Constitution Act 1947. It received independence from the British Raj on 14th August 1947.

They said that the sovereign State of Manipur was excluded from India [Indian Empire] by the Order in Council by His Majesty on 27 December 1946 and the Indian Government annexed Manipur State of India by violation of the Act 1949. 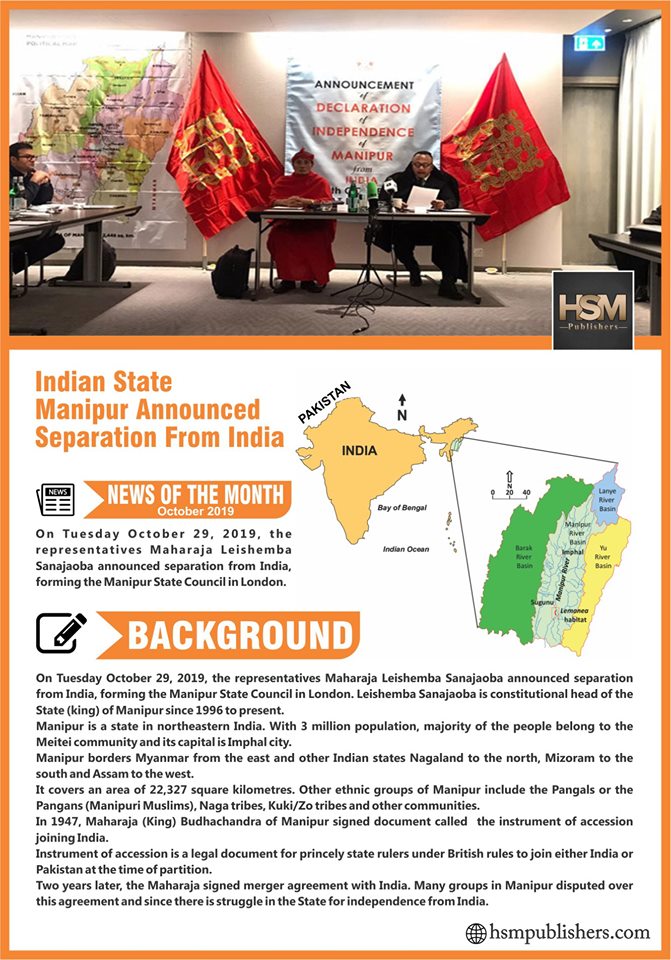