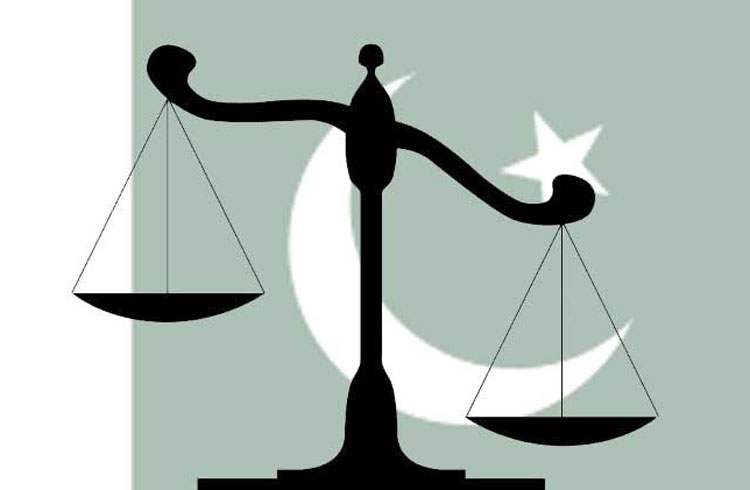 Pakistan has had five constitutions in its seventy years history, of which four were indigenous. It has had fourteen different constitutional patterns formed since 1947 and had been governed under a suspended, modified constitution and restored constitutions. From 1999-2008, the state was governed under various legal devices including two Provisional Constitutional Orders (PCO) and a Legal Framework Order (LFO) while the Constitution was also amended in a significant way through the 17th Amendment. But in 2007, General Musharraf took an ill -advised step of suspending the Supreme Court (SC) Chief Justice who was reinstated by the court, while the next step of changing the Courts’ composition through the PCO eventually led Musharraf to leave power in August 2008. The dismissed judges were restored in March 2009 and in April 2010; the parliament passed the 18th Amendment restoring the constitution to a Prime Ministerial form of government.

The history of superior courts’ decisions had a direct bearing on the constitutional structure or the system and model for Pakistan’s judicial experience.

During the period between 1954 and 1993, there were two main responses of the court to the various extra-constitutional seizures of power. The first response that accepted the extra-constitutional discretions of the politicians was regrettable, disturbing and at times reprehensible but ultimately necessary for the continuous functioning of state institutions by maintaining legality.

These cases clearly followed this first response accepting extra constitutional actions as a matter of necessity.

The second response declared the extra constitutional acts of the executive as such, sometimes quite eloquently and boldly, but made such observations too late to do anything about them. The two important cases were the Asma Jilani Case in 1971 which invalidated the Yahya Khan coup but only after the fact and the Saif Ullah Case, which invalidated Zia ul Haq ’s dismissal of Muhammad Khan Junejo only after Zia ul Haq had died.

The Saif Ullah Case was substantively different as it set out a structure that any future president would have to follow in order to satisfy the Court’s defined methods of dismissing a prime minister.

It is an important case for the mode of judicial activism because the Court acted as a referee between the presidents empowered under Article 58 (2) b to dismiss the prime minister and the dismissed premier deciding whether the dismissal was actually valid, constitutional and reasonable.

From the time of the Saif Ullah decision through the Benazir Bhutto Case in 1996, there were several cases but the most noteworthy among them was the Mian Nawaz Sharif Case decided in 1993 which established the independence of the Court.

The Chief Justice, Nasim Hasan Shah very creatively used Article 184 (3) which allowed the Court jurisdiction to hear cases of public importance that challenge an aspect of fundamental rights. However, the opinion of the Court was divided in the case on the question, whether the dismissal constituted a violation of fundamental rights. The argument was that it was a basic right to form or be a member of a political party under the Article 17 (2), to contest elections under its banner and to form a government by successfully contesting elections. Thus any abrupt order which resulted in frustrating this activity through removal from office before the normal completion of tenure would therefore be constituted as an infringement of that fundamental right.

The Court used this creative argument to make a ruling that it wanted to make, declaring the dismissal by President Ghulam Ishaq Khan extra constitutional while the president was still in office, and restored Nawaz Sharif to the position of Prime Minister. This 1993 decision was clearly monumental but the Court upheld the president’s decision to dissolve the PPP government in 1996 in the Benazir Bhutto Case saying that it was a good idea as opposed to saying that it was extra constitutional.

The Article 58(2) b was dropped in the 13th Constitutional Amendment thus eliminating Court’s position to review the dismissal. As the Prime Minister became all powerful, there was a confrontation between the Pakistan Muslim League and the Supreme Court over the Court’s assessment of the floor crossing 14th Amendment. Later there was a military coup partly because of the inability of the President or any other source to control the power of the Prime Minister.

General Musharraf changed the composition of the Court by forcing a fresh oath on the Provisional Constitutional Order and the newly constituted Court found that the coup was justified in the Zafar Ali Shah Case of 2000. But in a very creative but perhaps convoluted sense, the Court also declared that the oath of office was extra-constitutional however it was too late to do anything about it. The Court in this period returned to the judicial illness of the earlier 1954-1993 period passively accepting the position of the ruler as in the educational qualification requirement (the graduation requirement) for elected office or the issue of president’s turn in office.

In 2005, President General Pervez Musharraf appointed Iftikhar Mohammad Chaudhry as the Chief Justice of the Supreme Court. Chaudhry had become a judge of the Supreme Court as a consequence of taking the fresh oath. He was fairly indistinguishable or an unexceptional judge which could be a reason why he was considered a safe choice to be the Chief Justice. But his actions following his appointment were extraordinary with respect to what was termed as public interest litigation (a human rights type of litigation).

The Court began to hear cases on its own through the device of Article 184 (3), which said that any issue of public importance which also challenged citizen’s fundamental rights, however defined, the Court had an original jurisdiction on. As a result, the Court setup the human rights cell and began to undertake research into issues where corruption had occurred. As the Court started taking suo moto action with rigor, Musharraf had enough and suspended the Chief Justice in March 2007. The reaction was unexpected as the Chief Justice contested this decision and got the support of various groups—political groups, lawyers, legal and international community.

After the Supreme Court’s decision of declaring Chief Justice’s dismissal extra constitutional, Musharraf had to reinstate Chaudhry. Under Chaudhry, the Court continued in its path of activism while the very continuation of Musharraf’s presidency was also challenged in the Supreme Court. Perceiving the Court to be less favorable to his actions, Musharraf decided to do something which had never been done in Pakistan before. He staged a coup against his own government and issued a second PCO suspending the constitution long enough to put forth another oath.

The Chief Justice and the core of the Supreme Court either did not take the oath or were not allowed to. The majority of High Court judges except for the Baluchistan High Court did not take the oath putting the total number at sixty judges who did not take the oath. The reconstituted court under Chief Justice Dogar in many ways reverted back to the policies of a submissive court, but there were notable exceptions as the Court revalidated the PCO and validated the oath of office provision. The Court also took quite an independent decision with respect to the graduation requirements in the Muhammad Nadim Mahmoud Case. This judgment overturned the earlier decision upholding the educational requirements for elected office finding it extra constitutional because the educational requirements were profoundly undemocratic excluding a large segment of Pakistani population from actually standing for office.

Following Musharraf’s resignation pending impeachment by the newly elected parliament, Zardari was elected President but even he was reluctant to restore the dismissed judges. This led to country wide demonstrations to restore the judges to their positions eventually forcing Zardari ‘s acquiescence. The government had planned to expand the size of the Supreme Court but it was unacceptable to the core of the court which had refused to take the oath under PCO 2007 to accept those judges who had taken that oath.

Thus the Sindh High Court Bar Association Case 2009 both invalidated the PCO 2007 and also showed no sympathy at all to the judges (some former colleagues of Justice Chaudhry) who had taken the fresh oath. Actually it was a harsh judgment. Kennedy argued that the reason why this decision was so harsh and unrelenting, and why the (fresh oath) judges were so coldly charged with contempt for having violated the decision of the Court issued the day after the PCO 2007 promulgation was to establish a boundary for the independence of the Court. He stated that the device for suspending the constitution and then calling for fresh oath of office had been done four times in Pakistan’s history but would not be done again.

The Court had since continued on its activist path. It reversed the National Reconciliation Order (NRO) —the Ordinance that was put in place to allow Benazir Bhutto’s return to Pakistan to take part in election, in the Mubashir Hassan Case. It accepted the Dogar Court’s Muhammad Nadim Mahmoud Case decision of invalidating the educational requirements for elected office agreeing that it was extra-constitutional. Nonetheless, the Court suggested an examination of Provincial and National Assembly legislatures’ election papers to observe if they had lied on the form that they were graduates as lying constituted an improper act, which was a felony. The Court had continued its extra ordinary interest in human rights legislation. Thousands of cases were brought to the Court. Hundreds of cases were decided covering a very wide range from kite flying and murder cases to the issues of corruption such as the Pakistan Steel Mills Case. But this was not enough.

The 18th Amendment which eliminated the President’s power to dissolve the assemblies also provided for the establishment of a Parliamentary Committee with some powers to affect the appointment of the Supreme Court judges. The Court found the provision related to the Parliamentary Committee in violation of the constitution and ordered the Parliament to revise this provision giving more authority to the Court to appoint judges. The parliament complied rapidly with the 19th Amendment. This was truly an extraordinary event as the Court had enough power to pressurize the parliament to amend the recently passed Amendment.

The superior courts which affected the constitutional development in Pakistan could be grouped into four categories: