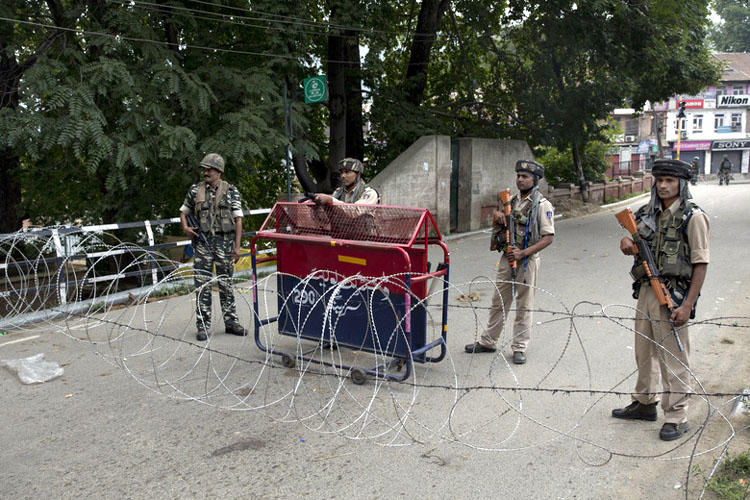 The Modi-led BJP government’s decision to alter Kashmir’s status is merely the culmination of India’s drive towards fascism and the embracing of a national image highly exclusive in nature. This exclusion is not limited to the BJP’s tenure, but is in fact a product of India’s struggles with its own identity and response to colonialism. The Kashmir crisis must, therefore, be seen in a larger historical and political context which places Indian nationalism at the very heart of this crisis.

Kashmir was always the cornerstone of India’s nationalist discourse. India’s first prime minister, Jawaharlal Nehru, viewed Kashmir’s inclusion in India as validation of his secular project. Modi, in turn, imagines Kashmir as his ultimate triumph, the acme of his ambition to impose Hindutva on India. Both these movements are predicated on and have been successful because of the extreme levels of violence the Indian state unleashed against the Kashmiri people.

The tenor underlying India’s approach to Kashmir in fact predates Indian independence, and rests on two different strands of Indian nationalism: one religious in nature as embodied by the formation of the Arya Samaj in the 1870s, and the other a form of secular nationalism which Nehru and his acolytes propagated. The Arya Samaj, for instance, was borne out of Hindu fears for their beliefs and traditions, and aimed to convert non-Hindus to Hinduism, all the while resisting attempts by the British to ‘modernise’ Hindus.

For Nehru, India was an eternally extant entity which was united both in ideology and in geography, as British historian Perry Anderson argues. This sense of Indian unity and its concomitant secularity thus required that Kashmir remain an integral part of India since the Muslim-majority state brought credibility to Nehru’s visions of the nation. Nehru was therefore willing to undertake extreme measures – including going back on his promise for a referendum in Kashmir – to ensure the Indian nationalist project reflected his own ideals.

The annexation of Kashmir and the rise of the BJP’s fascism is therefore the outcome of India’s struggles with its own identity – an identity that oscillated between quixotic visions of secularism and inclusion and the myopia we see today. It is thus essential to understand India’s Kashmir gambit in this context of nationalism and identity, and to not simply place the blame of bigotry in India on Modi or in America on Trump as many are wont to do. Both Modi and Trump are products of historical economic and political forces which took decades to take shape, with the legacy of British colonialism and India’s experience with decolonization playing a significant part in shaping the Kashmir crisis.

The Kashmir crisis and its link to Indian identity thus give crucial insight into nationalism and into nation-building in today’s decolonised world. India’s stranglehold over Kashmir does not stem merely from economic or political interests – it lies at the very heart of Indian nationalism and its sense of self. To maintain and uphold this image of itself, India must resort to violence and oppression to paper over the cracks that continue to emerge.

Kashmir’s struggles also highlight two other essential components of Indian nationalism, particularly under Modi – violence and toxic masculinity. The former is evident in the sheer brutality Kashmiris face on a daily basis, while the latter emerged in the aftermath of the annexation when leading politicians claimed happily that Indian boys could now ‘marry pretty Kashmiri girls’.

Such discourse highlights how Modi seeks to suffocate and control the very idea of Kashmir – be it through curbing dissent or staking claim to the women of Kashmir and to their bodies. Modi’s ambition to allow non-Kashmiris to own land in the region is in fact instrumental in diluting Kashmiri identity and sentiments.

The exclusive nature of nationalism thus necessitates that we look beyond nation-states as a response to Indian violence and towards movements which champion inclusion for all. Support for Kashmir will not come from states driving economic inequality through embracing neoliberalism. Instead, the rallying cry in Kashmir will resonate with those fighting for undocumented immigrants in America, for those resisting dictatorship in Sudan and Egypt and with those who clamour for a more equitable share of the world’s resources.

At the same time, Pakistan as a polity must take this moment to self-introspect and to critically analyze our own approach towards minorities. For it remains true that the country’s experience with decolonization forced us into adopting a centralised form of nationalism which sought to give Pakistan a monolithic culture, language and ideology. Many movements we see in our provinces today stem from this historical legacy, which make it all the more essential that we engage with minorities in our country and provide them the space they require in our political and social landscapes. There is no other way to fight the perils of imperialism and virulent nationalism in today’s world.

The writer holds a Bachelor’s degree in Economics and History from Cornell University.

Published in Daily “The News“