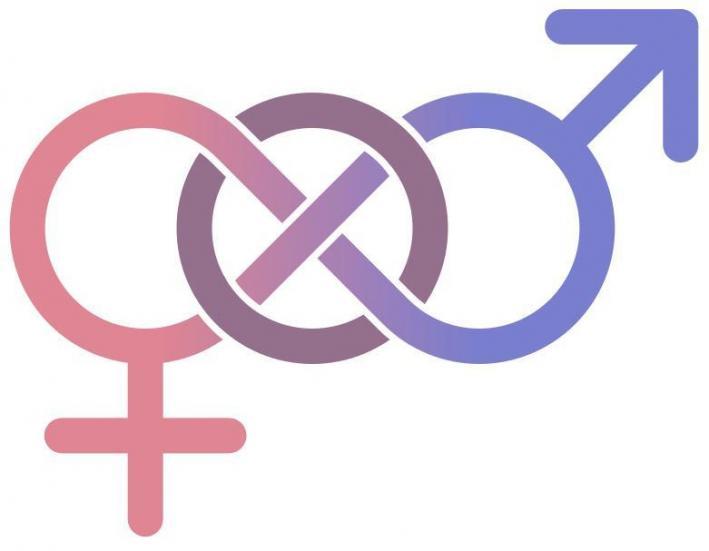 Social Construction or Social Construct is the idea that “[r]ace, class and gender don’t really mean anything. They only have a meaning because society gives them a meaning. Social Construction is how society groups people and how it privileges certain groups over others For example you are a woman or a man because society tells you that you are, not because you choose to be ….. Just like it tells you what race you‘re classified as and what social class you belong in. It is just a social process that makes us differentiate between what’s normal and what’s not normal (Flores)

According to the author of “Night To His Day: The Social Construction of Gender,” Judith Lorber, the social construction of gender begins ”with the assignment to a sex category on the basis of what the genitalia look like at birth” (55). When a baby is born, the first thing a doctor does is look at the baby’s genitalia in order to determine whether it will be a boy or a girl; this is the beginning of the gender process of social construction. After they are classified as boy or girl, parents become part of this societal process as they start dressing them with colors that identify their gender. The “normal” thing to do in this case would be for baby girls to be dressed in pink and baby boys to be dressed in blue. It is just not normal to dress your baby boy in pink or your baby girl in blue, right? The reason for this is because society has made colors become a symbol to distinguish boys from girls. After this, as children grow up they start learning how they are supposed to act by observing and imitating the people of the same gender as them; girls should act like their mommy and boys should act like their daddy. Each gender is expected to dress and act in a certain way, but these behaviors then lead to stereotypes.

This social construction in this society is segregating us depending on our physical appearance and our material possessions. We are seen differently because of where we live, where we come from and how we look. Women are weak, therefore men, who are strong and controlling, should be the ones in power. If you live in an apartment, then you must be from the lower class, but if you live in a house then you must be either middle or upper class. If you go to a private school then you must be rich, but if you go to a public school then most certainly you’re poor or low income. This is all what society has inculcated in us, but we also have fault that we have been caught up on this whole idea of stereotypes and standards that we are supposed to follow

The idea of social construction of gender sees society, not biological sex differences, as the basis for gender identity there are many different processes by which the expectations associated with being a boy or a girl is passed on through society. For instance one could see this from the moment a child comes into the world and from the fact that he/she has to face a “blue” or “pink” reality. The social construction of gender could be further been seen by the way parents behave to their children, by their expectations about how their children should behave and act, and by the toys they buy for them. For example girls are supposed to play with dolls and be sweet and emotional and boys are supposed to play with action figures and be aggressive and rational. Therefore clothes, toys, and even the language used with young children follow the trend of stereotyping gender. Children learn by modeling and the messages they receive and act accordingly. An example similar to the dress code we having for children can also be seen with adults, particularly in the colors, fabrics and designs specific to each gender. Another example is the situation of a female working in the business field that is expected to dress in masculine way in order to be considered successful and to be taken more seriously. This could demonstrate again how social influences affect gender expectations and shape behaviors and norm regarding gender.

Apart from the family, which is the first agent of socialization and learning gender identity, children learn from other sources such as school. Starting from the first years of school, including day care center years, children learn their gender identity from playing and interacting with other children and care providers. By visiting a child care program one may notice that the environment is arranged in ways to promote gender identity. Most likely there will be an area staged as the housekeeping corner where girls the play and there will be another area with building blocks and tool kit items where the boys play. However it is believed by several that the kind of toys and roles children play affect their future and the skills they learn. Playing with blocks is considered giving experience in spatial relations and in mathematical concepts, where playing with dolls and dramatic role playing is associated with learning to be a nurturer As children grow more stereotype ideas are involve regarding which subjects are favorable and suitable for each gender. For instance the most obvious example is math and probably all of us have heard the notion that boys are better in math than girls. Therefore one could see that again social influence affects perception about gender identity and roles. However perceptions such as this can lead to stereotype threads which are the fear or nervousness that one’s behavior will exemplify a negative stereotype about his in-group and thereby in essence confirming the accuracy of the stereotype.

Furthermore the media also affects and influences gender identity. For instance children are constantly bombarded with shows depicting gender stereotype models from toys marketed as for boys or girls, to children’s TV programs and shows. It is common for the children’s programs to emphasize the role of the male “hero” who saves the weak female. Children interpret these messages as “real life” which shapes their reality, behavior, and expectations of their gender role. However, the social construction of gender does not happen only once and does not stop with children. It continues throughout the rest of our lives and influences our perspective and the way we view things and situations. Regarding the media one is able to see an example of gender stereotyping by observing the messages of advertisements.

Additionally cultural and religious beliefs and attitudes have a serious impact on gender identity and in many cases promote stereotype beliefs against women and lead to gender discrimination. When it comes to culture and religious influences in a society regarding the view of gender I believe the concept of institutionalized sexism is appropriate to describe this situation. Institutionalized sexism is the sexist attitudes that are held by the vast majority of people living in a society where stereotypes and discrimination are the norm when a society has specific norms people living within the society will adapt to them and they will do the same even for discriminatory norms. For instance when a society, due to religious and cultural reasons, view women as weak or inferior people living within the society will develop the same views and will act accordingly. One can see this for example in many Muslim countries and also with different religious groups. People tend to conform to their group and will do the same even when they engage in discriminatory behaviors as they want to fit in and be accepted by their group which is known as normative conformity.

Society constructs our gender and categorizes its members similar as it does with age, ethnicity, race, social class and status. However the categorization according to gender is another way of manipulating members of a society and to promote inequalities. There are obvious biological and anthropological differences between the two sexes but we cannot use these differences to infer conclusions and provide stereotyped models about gender. As mentioned in the beginning sexism is the term that accounts for gender discrimination and has different forms. One of them already mentioned is benevolent sexism characterized by positive but stereotyped views of women. Contrarily another form is hostile sexism which is characterized by negative stereotypical views towards women. For instance hostile sexism views of women are centered on beliefs that women are inferior to men due to superficial views that one can hold again women. Lastly another form of sexism is ambivalent sexism which holds views of both hostile and benevolent sexist attitudes simultaneously however no matter the form, sexism has overall negative consequences and results in stereotyping women, and even prejudice and discrimination. The United States of America and other developed countries have come a long way in trying to eliminate discrimination against women but there is still a room for improvement. Gender as mentioned above results from sociocultural influences. Research and theory derived from social psychology could be able to develop appropriate interventions that could target a vast range of individuals and institutions in order to promote equality of genders and eliminate gender discriminations.