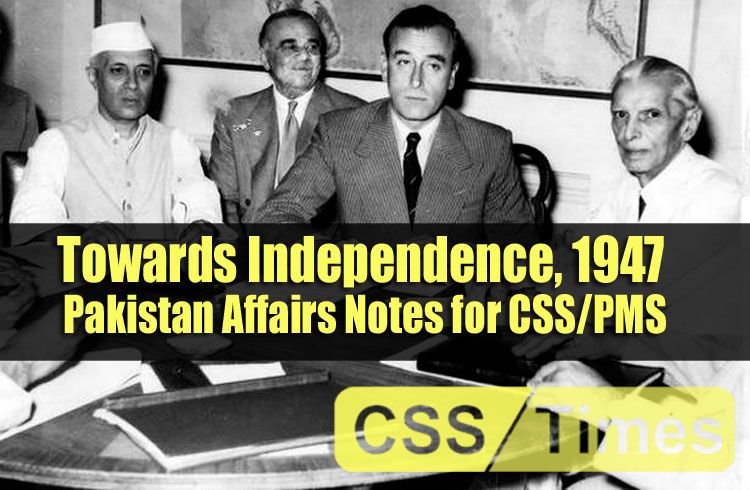 The ML decided to confront the political situation through the protesting means for the first time. The Congress had been working on these lines but the Muslim leaders considered politics a gentle man’s game. Now when the British government joined hands to oust the Muslims from the constitutional and moral position they decided to launch ‘Direct Action.’ The ML revised its decision rejecting the Cabinet Mission Plan. Direct Action Day (August 16, 1946) was a protest against the British policy of injustice towards the Muslims. The Hindu attacks transmuted the course of the protests and concluded huge life casualties. The Calcutta massacre convinced Lord Wavell to bridge the ML-Congress to some settlement.

Wavell tried to prepare Nehru and Gandhi to coordinate the ML. It was imperative to do because Muslim League (95% seats) refused to join the Legislative Assembly. Congress rejected all the possible offers even from the government. Churchill snubbed the Labour government on the Calcutta riots and the Viceroy requested Jinnah to join the Interim Government that Jinnah accepted. On October 25, 1946, the members of the Executive Council were finalized.

ML had bagged 79 out of 86 seats in Punjab but Khizr Hayat Tiwana formed his government with the help of Hindu and Sikh members (Unionist). The ML confronted this conspiracy and protested to restore the people’s will (Feb. 1947). The Punjab government dealt with the situation cruelly. Here the Muslim women played very outstanding role in the ML struggle. The Khizr Government resigned and Governor’s rule was imposed on March 2, 1947.

Maulana Bhashani launched a movement against the ejection of Muslim peasants.

Prime Minister Attlee declared by June 1948, all power would be given to representatives. If no constitution was framed, the British Government will think whether the powers be given to provincial governments. In some areas or any other alternative that is in the interest of Indians. Mountbatten was appointed new Viceroy of India.

Mountbatten arrived in Delhi on March 22, 1947. The basic objective of his appointment was to wind up British rule. He arranged dialogue with the Indian leaders. Then he visited England for deliberations for new plan.

To give legal shape to the June 3 Plan, the Indian Independence Act was promulgated (July 1947).

NWFP: Referendum decided in favour of Pakistan while Dr. Khan’s govt. boycotted it after it became clear that it would lose.

Boundaries Commission award declared many controversial decisions about certain areas like
Gurdaspur, Zira Tehsil etc, but the ML accepted it with protest.