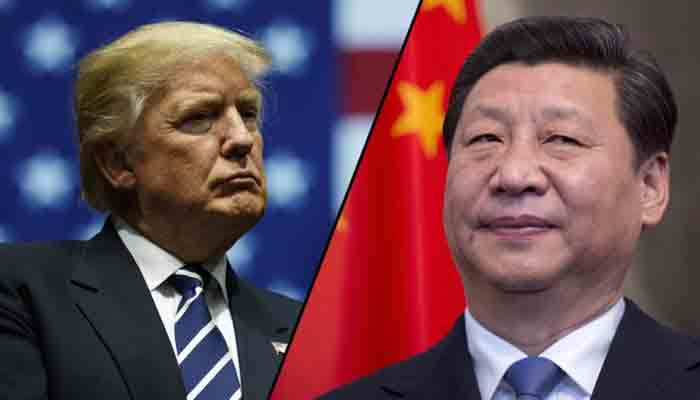 The war between the US and China is getting hotter. Artificial intelligence (AI) is the new weapon of war. In the US corner are: Google, Microsoft, Amazon, Facebook, IBM and Apple. In the Chinese corner are: Baidu, Alibaba and Tencent. According to Amy Webb’s ‘The big nine: How the tech titans and their thinking machines could warp humanity’, the war is “aimed toward control and global domination” and “AI will determine who emerges the victor”.

AGI will be a system that “would possess the cognitive abilities that we humans possess coupled with the ability to process this data at much greater speeds than humans.” In other words, a “machine that has the capacity to understand or learn any intellectual task that a human being can.” Currently, more than four-dozen organizations are conducting research on AGI. ASI, or artificial super intelligence, is a “term referring to the time when the capability of computers will surpass humans.”

According to Bloomberg, “The US-China trade war is at heart a battle for tech supremacy and the huge commercial and national security advantages that come with it.” Who is winning-the US or China? Well, the US has “created the most valuable technology companies in the world.” Over the past five years, China’s technology sector has surged…..with Tencent and Alibaba making their way into the top ranks of global companies.”

Welcome to ‘machine learning’ – an “application of artificial intelligence (AI) that provides system the ability to automatically learn and improve from experience without being explicitly programmed.” This is the new war. AI will determine who emerges the victor”. Who is winning – the US or China?

Source: Daily The News
The writer is a columnist based in Islamabad.
Email: farrukh15@hotmail.com Twitter: @saleemfarrukh 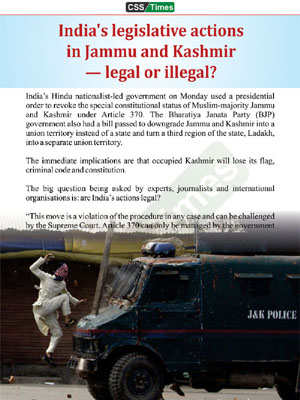 A challenge could be brought to the Supreme Court, which would likely reject the presidential order, experts say.

Download India’s legislative actions in Jammu and Kashmir — legal or illegal? in PDF 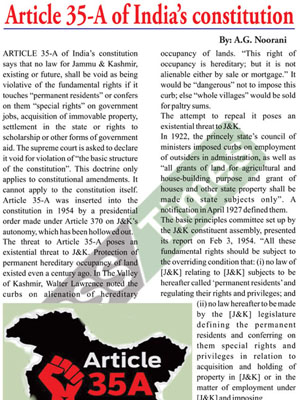 ARTICLE 35-A of India’s constitution says that no law for Jammu & Kashmir, existing or future, shall be void as being violative of the fundamental rights if it touches “permanent residents” or confers on them “special rights” on government jobs, acquisition of immovable property, settlement in the state or rights to scholarship or other forms of government aid. 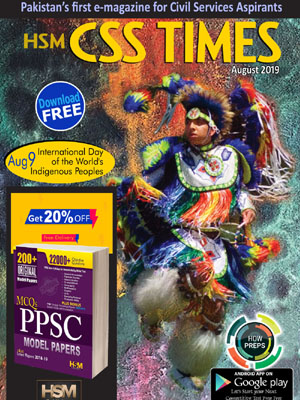