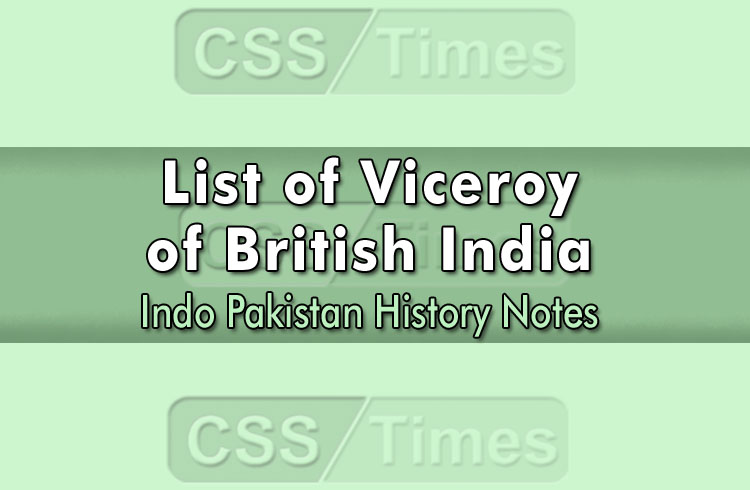 He was the Governor General during Mutiny of 1857 and after the war; he was made first Viceroy of India. He withdrew Doctrine of lapse. Indian Council Act was passed in 1861 University of Bombay, Calcutta, Madras was established in 1857

High Court was established at Calcutta, Bombay, Madras in 1865.He created Indian Forest Department. Opened telegraph line with Europe. He introduced various reforms and became the member of Punjab Board of Administration after second Sikh war. He was known as the Savior of Punjab.

Started financial decentralization in India. He established Rajkot College in Kathiawar and Mayo College in Ajmer for Indian princess. First Census of India was held during his time in 1871. He organized Statistical survey of India. He was the only Viceroy who was murdered in office by a pathan in Andaman in 1872.

The Delhi Durbar was held on January 1 1877, to decorate Queen Victoria with the title of Kaiser-i-hind. Statutory Civil Service in 1879. It was also laid down that the candidates had to appear and pass the civil services examination which began to be held in England. The maximum age for these candidates were reduced from 21 to 19 years. Vernacular press Act was passed in 1878.

Age for the entry in Civil Service exam was raised to 21 years. University of Punjab Lahore was established in 1882 First Factory act was passed during his time in 1881, it prohibited the child labour. Illbert Bill in 1883 was passed by him. Passed Local Self Government act in 1882.

He formed the Indian National Congress.

Indian Council Act was passed in 1892.Second Factory Act (1891) was passed during his time. He appointed Durand Commission to define a line between British India and Afghanistan.

Morley-Minto reform was passed in 1909.

Partition of Bengal was cancelled and capital shifted from Calcutta to Delhi in 1911.Home Rule moment was launched by Annie Beasant.

August Declaration of 1917, after which the control over the Indian Government would be transferred to Indian people. Rowlett Act 1919 was passed Montague-Chelmsford reform was passed. Jallianwala Bagh Massacre 1919 took place during his time. Non- Cooperation and Khilafat movement took place. Women’s University was founded at Poona in 1919

Suppressed of non-cooperation movement Chauri -Chaura incident took place. Formation of Swaraj party. Ahmedabad session of INS held in 1921. The NED University of Engineering and Technology Karachi was established in 1921.

Simon commission visited India in 1928.Dandi March was held in 1930.Civil Disobedience movement launched in 1930.Gandhi- Irwin pact was signed and First Round Table Conference was held in 1931.

Poona Pact was signed. Second and Third Round Table Conference was held during his time. Communal Award started by British Prime Minister Raman Magsaysay. Government of India Act (1935) was passed.

Shimla Conference was held on June 25, 1945 between Muslim League and Indian national Congress was failed. Cabinet Mission Plan was launched in 1946.On December 09, 1946, first meeting of Constituent Assembly was held.