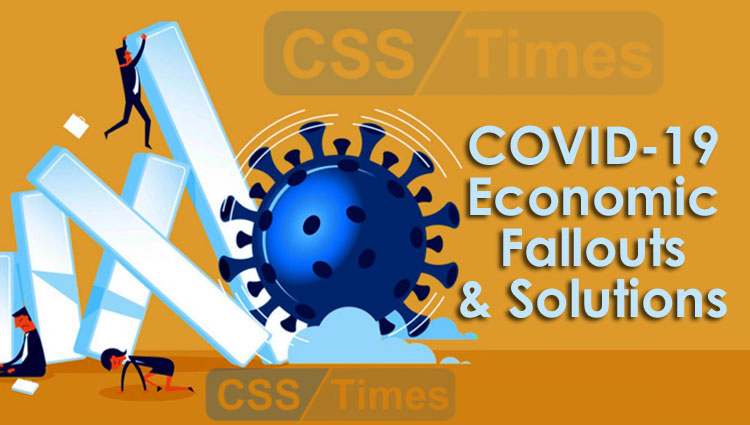 As the Pakistani government gears up to grapple with the medical side of weeks 4 and 5 (marking a potentially exponential spread) of COVID-19, serious fears are now also beginning to emerge on whether or not Pakistan can economically sustain such a multipronged war. Amidst an environment of plummeting markets, squeezed spending, widespread industrial closures, and a shattered myth of Anglo-Saxon business integrity (almost the entire west has conveniently reneged on agreements and contracts in the name of force majeure), Pakistan’s economy faces yet another external account challenge, this time in the shape of an abrupt loss in exports and incoming home remittances, as customers in Europe and the US refuse to lift contracted goods and thousands of expatriate workers return home after losing their jobs at their workplaces abroad.

Unless the government is proactive in quickly helping businesses and industry at this critical juncture, not only the losses arising from industrial shutdowns and abandoned output could be colossal, but the resultant spike in unemployment and poverty would simply be unprecedented. And this on the back of 2 years where growth and economic activity has at best, been below par, inflation high and unemployment and poverty levels consistently rising. The reality is that for all governments, including ours, a rethink on economic policies has become imperative. As there was an economic world ‘Before Corona’, there will now also be a new economic world ‘After Corona’. However, to even get to the After Corona stage, one will first have to survive the current economic devastation being caused by a global pandemic. The sooner the Pakistani government becomes cognisant of the new economic challenges to survive this economic downturn, the better it will be for our chances to survive. For anyone in doubt or not fully comprehending the economic implications, the steps already taken by the West – currently the epicentre of COVID-19 – in its efforts to support or even resurrect businesses or perhaps for its economies to simply stay afloat, can also be a good guideline for us to follow.

So, with this, getting down to some specifics instead of just uttering vague or generic cliché statements, let’s try and list some of the precise measures that the European governments, in unison with the European Union (EU) and the European Central Bank (ECB) have already announced or are actively in the process of implementing by April 01, 2020.

Broadly the relief measures should have two facets:

A) A resolution approving the financial contribution for self-employed persons, persons with daily flexible jobs and all nursing staff or nursing-help, which is self-employed, works on a need-basis or is partially employed. This resolution guarantees them a minimum of 50% wages by the government in their related wage category. Now in Pakistan, this would be the category we generally refer to as daily wagers.

B) More comprehensively, European governments, the representatives of the Confederation of Industry, the Confederation of Employers and Entrepreneurs Associations, the confederations of Labour Unions and the Chambers of Commerce have joined hands and collectively agreed on measures aimed at protecting jobs in companies, employers and saving the companies from becoming insolvent and thereby saving European Union economies from imminent collapse.

In summary, these are essentially 17 measures primarily involving helping measures from the governments and the financial institutions:

While one does realise that all the above may not be possible for us in its entirety, as not only do we lack the resources, but also the institutions to deliver some of the very intricate steps involved, still inaction is not an option. Within our limited resources the government must act in a way that a) optimally taps the fiscal space available at its disposal, b) creates capital along the way and c) utilises help that can be obtained cost free. Keeping to these three notions, the following are some recommendations that should be considered on a priority basis:

All the above is by no means going to easy or without pain and perhaps our entire thought process/approach on governance and economic management will need to be revamped. Also, the government will need professional help, since currently it just does not have adequate human resource to manage things competently and efficiently. And for this reason alone, it will need to accumulate a pool of experienced and qualified professionals who can not only help the government in implementing the new economic priorities and in managing key sectors in a hands-on manner, but are willing to do so without any remuneration – to give back to the country when it needs them the most. One can understand that to some, quite a few of the above proposals may seem very ambitious or even dramatic, but to pacify their concerns all one can say is that perhaps they don’t realise that this is now a battle for our economic survival and given the uncertainty all around, any half-baked solutions will just not do!