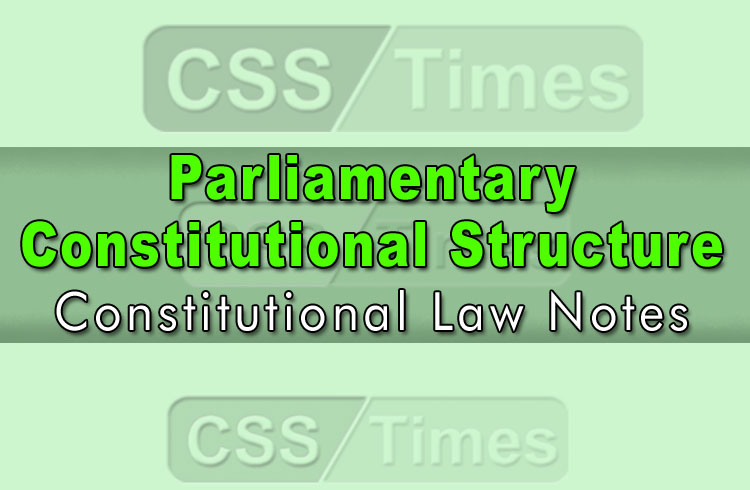 The modern concept of prime ministerial government originated in the Kingdom of Great Britain (1707–1800) and its contemporary, the Parliamentary System in Sweden (1721–1772)

This form of government exists in countries like Britain, Pakistan, India and Canada. The Features of Parliamentary Form of Government has been discussed below:

2. Absence of Separation of Powers: In the parliamentary system the principle of separation of powers is not adopted. Here the three departments of government work in close, intimate contact, sharing some of the powers and functions of one another.

3. Main Role of the Lower House in Ministry-formation: In the parliamentary government the lower house of the legislature, i.e., the popular chamber plays a vital role in the formation of the ministry. The leader of the party or alliance which wins the majority in this house is appointed the Prime Minister or Chancellor. The constitutional ruler appoints the other members of the ministry on his advice.

5. Collective Responsibility: The ministerial responsibility to the legislature may again be of two kinds:

9. Cabinet Dictatorship: In the parliamentary system of government the cabinet has to perform manifold functions. It is the Cabinet which:

In this way the Cabinet acts as ‘the keystone of the political arch’ or has become the ‘steering wheel of the ship of fact of the state’. In fact, in the parliamentary system of government as the cabinet members are the leaders of the majority party or alliance in the legislature and the head of the state is nothing but a magnificent cipher, the Cabinet under the leadership of the Prime Minister has virtually become dictator.