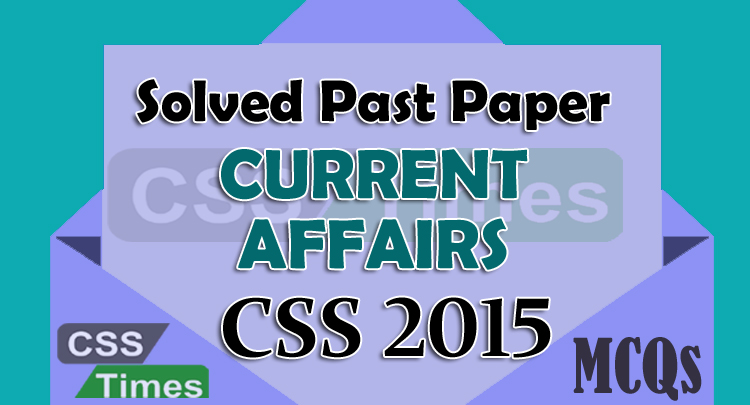 2) Operation Enduring Freedom (OEF) was conducted by the US in
(a) Iraq
(b) Afghanistan
(c) Libya
(d) None of these
Answer: (b)
Explanation: Operation Enduring Freedom began on 7 October 2001, four weeks after the 11 September 2001 terrorist attacks on America. Early combat operations included a mix of air strikes from land-based B-1, B-2 and B-52 bombers; carrier-based F-14 and F/A-18 fighters; and Tomahawk cruise missiles launched from both U.S. and British ships and submarines

6) Martin Luther King Jr was assassinated in the age of
(a) 33
(b) 37
(c) 39
(d) None of these
Answer: (c)
Explanation: On April 4, 1968, the Rev. Dr. Martin Luther King Jr., 39, was shot to death in Memphis by an escaped convict, James Earl Ray. In 1999, the King family won a civil suit against a Memphis restaurateur who was said to have hired a police officer to kill Dr. King. “The jury’s decision,” explained, “means it did not believe that James Earl Ray … fired the shot that killed Dr. King.” King has remained the most widely known African-American leader of his era, and the most public face of the civil rights movement, along with its most eloquent voice. President Ronald Reagan signed the King Holiday bill into law in 1983. Construction is underway on a permanent memorial to King, to be located on the Mall in Washington, D.C., near the Lincoln Memorial–the site of King’s iconic “I Have a Dream” speech during the March on Washington in 1963.

9) What material is used to coat iron in the galvanizing process?
(a) Tin
(b) Zinc
(c) Copper
(d) None of these
Answer: (b)
Explanation: Hot-dip galvanizing is the process of immersing iron or steel in a bath of molten zinc to produce a corrosion resistant, multi-layered coating of zinc-iron alloy and zinc metal. While the steel is immersed in the zinc, a metallurgical reaction occurs between the iron in the steel and the molten zinc. This reaction is a diffusion process, so the coating forms perpendicular to all surfaces creating a uniform thickness throughout the part. The hot-dip galvanizing process has been used since 1742, providing long-lasting, maintenance-free corrosion protection at a reasonable cost for decades. Although hot-dip galvanizing has been utilized to protect steel for generations, the galvanizing process continues to evolve with new technologies and creative chemistries.

10) For purifying drinking water alum is used
(a) for coagulation of mud particles
(b) to kill bacteria
(c) to remove salts
(d) to remove gases
Answer: (a)
Explanation: Aluminium Sulfate, Shortly known as Alum, when added to raw water reacts with the bicarbonate alkalinities present in water and forms a gelatinous precipitate. This floc attracts other fine particles and suspended material in raw water, and settles down at the bottom of the container.

11) The Shahnama or Book of Kings was written by?
(a) Abu-Mansur Daqiqi
(b) Abu Al-Qasim Firdausi
(c) Khosrau II
(d) None of these
Answer: (b)
Explanation: The Shahnameh, Book of Kings, is an epic composed by the Iranian poet Hakim Abul-Qasim Mansur (later known as Ferdausi Tusi), and completed around 1010 CE. The epic chronicles the legends and histories of Iranian (Aryan) kings from primordial times to the Arab conquest of Iran in the 7th century CE, in three successive stages: the mythical, the heroic or legendary, and the historic. It took Ferdowsi thirty three years to complete his epic, by which time the rule of eastern Iran had passed to the Turkoman Ghaznavids (who based themselves in the north-eastern province of Khorasan with Ghazni as their capital). The Shahnameh was written in classical Persian when the language was emerging from its Middle Persian Pahlavi roots, and at a time when Arabic was the favoured language of literature.

12) Galileo’s most famous invention was
(a) Telescope
(b) Steam engine
(c) Calendar
(d) None of these
Answer: (a)
Explanation: The history of the telescope dates back to the early 1600s. Galileo Galilei is commonly credited for inventing the telescope, but this is not accurate. Galileo was the first to use a telescope for the purpose of astronomy in 1609 (407 years ago in 2016, which is currently being celebrated as the International Year of Astronomy). Hans Lipperhey, a German spectacle maker, is generally credited as the inventor of the telescope, as his patent application is dated the earliest, on the 25th of September 1608.

13) The theory that a single dominant power can maintain world peace is called?
(a) Behavioralism
(b) Constitutive theory
(c) Hegemonic stability theory
(d) None of these
Answer: (c)
Explanation: HST indicates that the international system is more likely to remain stable when a single nation-state is the dominant world power, or hegemon. The central idea of this theory is that the stability of the international system requires a single dominant state to articulate and enforce the rules of interaction among the most important members of the system. For a state to be a hegemon, it must have three attributes: the capability to enforce the rules of the system, the will to do so, and a commitment to a system which is perceived as mutually beneficial to the major states. A hegemon’s capability rests upon the likes of a large, growing economy, dominance in a leading technological or economic sector, and political power backed up by projective military power. An unstable system will result if economic, technological, and other changes erode the international hierarchy and undermine the position of the dominant state. Pretenders to hegemonic control will emerge if the benefits of the system are viewed as unacceptably unfair.

14) Ecology is the study of
(a) Earth
(b) Environment
(c) Plant Nutrition
(d) None of these
Answer: (b)
Explanation: Ecology is the scientific study of the distributions, abundance and relations of organisms and their interactions with the environment. Ecology includes the study of plant and animal populations, plant and animal communities and ecosystems. Ecosystems describe the web or network of relations among organisms at different scales of organization. Since ecology refers to any form of biodiversity, ecologists research everything from tiny bacteria’s role in nutrient recycling to the effects of tropical rain forest on the Earth’s atmosphere. The discipline of ecology emerged from the natural sciences in the late 19th century.

15) The self interest perused by individuals causing collective destruction is called theory of
(a) The psycho-cultural theory
(b) The tragedy of justified war
(c) Securitization theory
(d) None of these
Answer: (b)
Explanation: Theorists claim that the waging of war, and the committing of military acts within war, is either just or unjust. This binary distinction should be tempered by the awareness that justified wars are tragic: tragic in the broad sense of inescapably involving moral wronging, but not necessarily tragic in the narrow sense of not having been preventable by the tragic agent himself or herself. Justified war situations that fail to be tragic in the narrow sense are inauthentic. If contemporary just war theorists were to explicitly recognise the tragedy of justified war in the broad sense, as well as the dangers of lacking authenticity, their theory might become less susceptible to abuse by political moralists.

17) Infrared radiations from the Sun are strongly absorbed by?
(a) Green houses
(b) Biotransformation
(c) Combustion gases
(d) None of these
Answer: (a)
Explanation: The Greenhouse Effect is the process where infrared radiation from the Sun is absorbed by gases in the atmosphere, thus helping to heat the Earth. An excess of absorbing gases such as carbon dioxide in the atmosphere can drastically change the climate and cause numerous problems.

19) Friction can be reduced by changing from
(a) Rolling to sliding
(b) Potential energy to kinetic energy
(c) Sliding to rolling
(d) None of these
Answer: (c)
Explanation: The most common methods used to reduce friction between moving surfaces include polishing the surfaces that come into contact, lubricating the surfaces, using ball or roller bearings and streamlining. Friction is defined as the force that resists one surface from sliding or rolling against another surface. This means that friction is only present when one or both of the surfaces that are in contact are in motion.

20) The latitude ‘AA’ on the map represents the
(a) Tropic of Cancer
(b) Tropic of Capricorn
(c) Equator
(d) None of the above
Answer: (c)