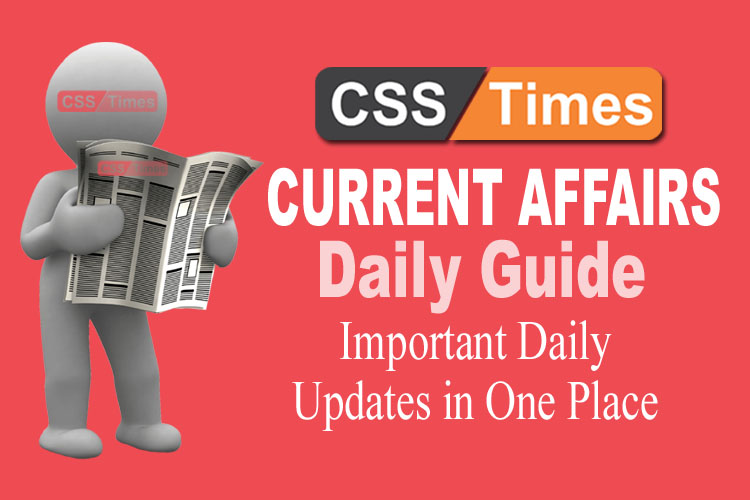 • The ground-breaking ceremony of much-awaited 800MW Mohmand Dam project has been postponed once again and no new date is in sight yet as both WAPDA and Water Ministry are unaware of the updated schedule.
• The scribe contacted at least three officials of the ministry and WAPDA (Water and Power Development Authority) to know the new dates but there were no official word on it.
• However, a source in the ministry of water resources on the condition of anonymity said the ground breaking is likely to take place during last week of January or early February.
• All the arrangements are ready and it just requires a green signal from the political leadership to undertake the ground breaking of the project, said the source.
• The ground-breaking of the project was earlier scheduled to take place in the first week of January and Prime Minister Imran Khan and Chief Justice Saqib Nisar were to jointly inaugurate the project.
• But the ceremony was later rescheduled to the January 13. And now it has once again been postponed due to some observations given by the outgoing Chief Justice of Pakistan Mian Saqib Nisar.

• The Pakistan Tehreek-i-Insaf (PTI) government has decided to shelve a major power project pushed by the Pakistan Muslim League-Nawaz regime under the China-Pakistan Economic Corridor (CPEC) and will axe hundreds of other schemes under the Public Sector Development Programme (PSDP)later this month.
• Background discussions with government officials suggest that Islamabad has officially conveyed to Beijing that it is no more interested in the 1,320MW Rahim Yar Khan power project in view of sufficient generation capacity already lined up for the next few years. It has requested the Chinese friends to formally delete the project from the CPEC list.
• During the 8th Joint Coordination Committee (JCC) meeting held last month, a Pakistani delegation led by Minister for Planning and Development Makhdoom Khusro Bakhtyar `proposed to remove the Rahim Yar Khan imported fuel power plant (1,320MW) from the CPEC list, in order to provide structure optimisation space for the subsequent power market of Pakistan.
• The Chinese side suggested that a joint study on optimisation of energy mix be carried out at the earliest.
• The project was originally pushed as imported coal-based plant by Quaid-i-Azam Thermal Company of the Punjab government led by Shahbaz Sharif who used to attend meetings of the Cabinet Committee on Energy led by then Prime Minister Nawaz Sharif. A leading business tycoon had proposed the project and was expected to be one of the key sponsors.

• The Ministry of Education has decided to fill only six of the 14 vacant Pakistan chairs in foreign universities.
• The ministry recently stopped the process of sending shortlisted candidates to represent Pakistan in 14 foreign universities. The candidates were finalised by a committee headed by Senator Syed Muzafar Hussain Shah last year.
• The education ministry now has decided to advertise the entire process afresh.
• `We are going to re-advertise these positions within two weeks and in the first phase we will make appointments on four to six chairs instead of 14,` said the ministry`s Joint Education Adviser Rafiq Tahir.
• He said in the first phase appointments would be made in important countries.

• An American citizen, John Amistoso, hunted the highest-rated Astore Markhor in the community controlled Bunji area of Gilgit on January 13, 2019, according to GB wildlife and parks department.
• The permit for Astore Markhor had been obtained for US dollar 100,000.
• While a Spanish citizen hunted Ibex in Passu area of upper Hunza on January 12, 2019.
• GB wildlife department had auctioned hunting permits for over 100 rare species under trophy hunting programme 2018 and 2019. The licences for trophy hunting include four Astore markhor, 14 blue sheep and 95 ibex.
• The rate for hunting Astore markhor was fixed at $100,000, blue sheep $8,000 and Rs100,000 for ibex. So far 50 ibex, 12 blue sheep and one Astore markhor have been hunted across the region in the current season.
• Hunters from Denmark, Turkey, America and Spain hunted various species.

• India and five Central Asian countries along with Afghanistan on January 13, 2019 condemned terrorism in all its manifestations and agreed to cooperate in countering the menace to global peace.
• This was part of a joint statement issued at the end of the first-ever meeting of the India-Central Asia Dialogue which also saw the participation of Afghanistan in the ministerial level meeting in Samarkand.
• India`s External Affairs Minister Sushma Swaraj along with the foreign ministers of Afghanistan, Kazakhstan, Kyrgyz Republic, Tajikistan, Turkmenistan and Uzbekistan took part in the meeting.
• Central Asian countries are also members of the China and Russia-led Shanghai Cooperation Organisation in which India has become a new entrant.
• `All sides condemned terrorism in all its forms and manifestations and agreed to cooperate in countering terrorism which posed a threat to the people and economies of the world,` the statement said.
• It referred to the ancient civilisational, cultural, trade, and people-to-people links between India and Central Asia and expressed commitment to dynamic and fruitful friendly relations and mutually beneficial cooperation between India and the Central Asian countries at bilateral and multilateral formats, Press Trust of India said.

7. Bill for delisting Pakistan as major ally tabled in US Congress

• A bill seeking to remove Pakistan from a list of America`s major non-NATO allies has been introduced in the US Congress, even though the Trump administration enhances its contacts with Islamabad in its pursuit of a peaceful end to the Afghan war.
• The resolution introduced by Congressman Andy Biggs who like the Trump administration is a Republican sets new conditions for future re-designation.
• If a US president desires to put Pakistan back on the list, he or she will have to cerdfy to Congress that Pakistan continues to conduct military operations that are contributing to significantly disrupting the `safe haven and freedom of movement` of the Haqqani Network in the country.
• The president also has to certify that Pakistan has shown progress in arresting and prosecuting Haqqani Network`s senior leaders and mid-level operatives.

8. US, Qatar sign MoU on Al-Udeid Air Base expansion

• US Secretary of State Mike Pompeo and his Qatari counterpart Sheikh Mohammed bin Abdul Rahman Al Thani on January 13, 2019 signed a Memorandum of Understanding (MoU) on the expansion and renovation of Al-Udeid Air Base.
• Al-Udeid, which is considered the largest U.S. base in the Middle East, hosts around 10,000 U.S. troops and scores of U.S. combat and supporting aircraft.
• In a joint press conference, Pompeo said: “We’re all more powerful when we’re working together. Disputes between countries that have a shared objective are never helpful.”
• He was referring to the boycott imposed on Qatar by Saudi Arabia, Bahrain, the United Arab Emirates (UAE) and Egypt.
• Earlier this month, Anthony Zinni, a former commander of U.S. Central Command, resigned as special envoy to resolve the dispute.

• A high-ranking Yemeni intelligence official injured in a Houthi rebel drone attack on the country`s largest air base died of his wounds on January 13, 2019.
• Intelligence Brigadier General Saleh Tamah was wounded on January 10, 2018 in a strike on a military parade in Al-Anad air base, in government-held Lahij province some 60 kilometres north of Yemen`s second city Aden.
• Medical sources said that Tamah underwent several surgeries in a hospital in Aden but died January 13, 2018 morning.

• The Egyptian parliament approved on January 13, 2019 a three-month extension of an already-imposed state of emergency due to security challenges facing the Arab country.
• The parliament approved a presidential decree to extend the emergency state by another three months, starting from Jan. 15, according to MENA.
• Under the decree, military and police personnel should take necessary measures to face terrorism and maintain security across the country. Egyptian President Abdel-Fattah al-Sisi first imposed a three-month nationwide state of emergency in April 2017, following a twin bombing at two churches in northern provinces of Gharbiya and Alexandria that killed at least 47 and wounded over 120 others.
• Terrorism prevailed in Egypt since the military ousted former Islamist President Mohamed Morsi in early July 2013 in response to mass protests against his 12-month reign and his currently outlawed Muslim Brotherhood group