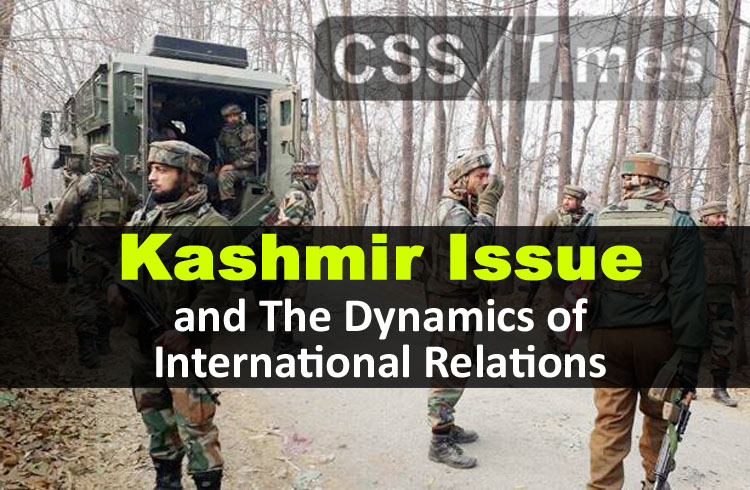 Imran Khan has urged Pakistanis to come out of their homes, offices and workplaces every week for half an hour to show solidarity with the Kashmiri people fighting Indian occupation. One expected him to tell the nation about his government’s latest initiatives on the diplomatic and political fronts to mobilise international support for the Kashmiri struggle for the right of self-determination. More importantly, what are the options for Pakistan to deal with the worsening crisis? We cannot move the international community into action by raising the spectre of a possible nuclear conflagration.

Undoubtedly there has been unprecedented coverage in the western media of Indian brutalities and human rights violations that exposes Modi’s claim of normality returning to the occupied territory. But that is not sufficient to compel other countries to stand with the Kashmiri people. The international community’s silence over the lockdown of more than eight million people and the suppression of their fundamental democratic rights may be driven by geopolitical and economic considerations, but it also reflects our diplomatic failure.

Even Pakistan’s closest allies in the Muslim world are not willing to express any sympathy for the plight of the Kashmiri people, leave aside condemning Modi’s annexation of a disputed territory. It is not surprising that the UAE has honoured the Indian prime minister with its highest national award. Interestingly, Iran is one of the few Muslim countries to have spoken out for the Kashmiri people. Surely India’s growing economic power has helped it expand its influence in the Gulf region, but our own diplomatic shortcomings have also been a factor in us losing our clout in what was once considered Pakistan’s staunchest support base. The only solace for us is a statement issued by the OIC contact group expressing concern over the situation in Kashmir.

It was indeed a diplomatic success for Pakistan when the UN Security Council held a meeting on the Kashmir issue for the first time in over 50 years. The statement by the UN Secretary General on Kashmir is also significant. But there is still no sign of international pressure on the Indian government to stop human rights violations in the disputed territory. For that there was a need for a more aggressive diplomatic initiative.

It is a right decision by the government to raise the issue at the UN’s Human Rights Committee in Geneva. The committee has previously released two reports on the human rights situation in Kashmir. The censure of the Indian action by the UN committee would certainly be a moral victory for the Kashmiri people, but for that a lot of lobbying and diplomatic work is needed.

However, the option of taking the Kashmir issue to the International Court of Justice (ICJ) as indicated by the prime minister, should be reconsidered. Firstly, there is the question about the court’s jurisdiction over the dispute. Secondly, any such move would need the consent of both parties in the conflict. The public announcement by the Pakistani leadership to go to the ICJ without even examining the ramifications of such a move is typical of the government’s impulsiveness on crucial policy decisions.

We must be very careful not to exaggerate the US role in resolving the Kashmir problem. Barring a few official comments expressing concern over recent developments in Kashmir, there has not been any condemnation of the Indian action. It is a similar situation with the other Western countries.

China is one of the few countries that have come out with a categorical statement criticising the Indian action. With limited options Pakistan needs to up its diplomatic efforts. There is also a need to forge a national consensus on our Kashmir policy. Political instability at home would not help to meet serious diplomatic challenges.

While Pakistan’s diplomatic and political support is crucial, it will be the struggle of the Kashmiri people that could ultimately push the international community to act. It is evident that even the use of massive force by India has failed to put down the Kashmiri resistance.

It has been three weeks since a lockdown was imposed on the disputed territory. There have been few examples in recent times of such a protracted freedom struggle. Modi’s virulent nationalism has widened the political and social fault lines in India. For Pakistan it is important not to see Kashmir as a territorial dispute, but a struggle for the right of self- determination.

The fact is that a coherent policy is needed to tackle this issue and raise it at the international level. The unfortunate truth is that we have not succeeded on the international front to convince the world to take action against Indian barbarity in Kashmir.

India has even managed to deflect international criticism despite the fact that its human rights abuses in IHK have been highlighted in the international media. Though this is partly due to Pakistan’s inability to project the Kashmir cause positively in the international arena, it is also due to India’s economic prowess. Sadly, in a world governed by realpolitik, might is right and the cries of the weak are often smothered by the strong.

Previous governments have been equally ineffective in projecting the Kashmir cause. But if the prime minister wants to change the status quo, there must be a robust and cohesive policy to counter India’s belligerent attitude in IHK and convince the international community that violence against Kashmiris is unacceptable.

Holding rallies in the country will not be enough; our best diplomatic hands need to be mobilised to brief global capitals of the situation in IHK, so that the world – specifically those states who claim to be champions of human rights – can convince India to back off in the held region. The voice of Kashmiris needs to echo around the world, and their fundamental rights must be defended.

The writer is a constitutional lawyer, teacher and a human rights activist