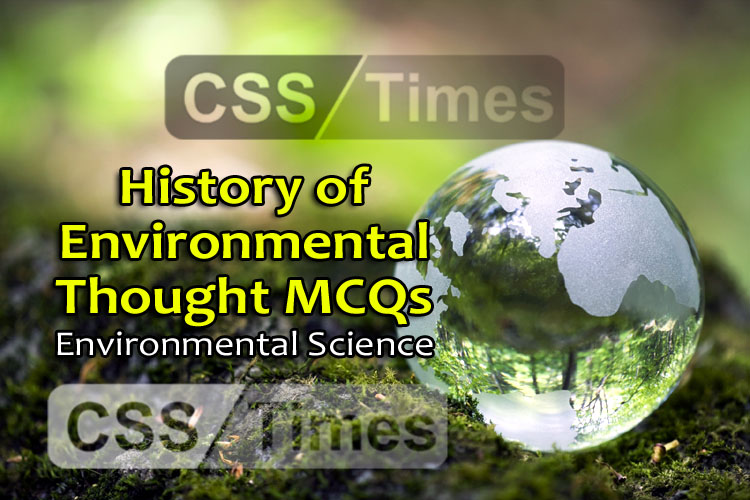 What does mean “Agenda 21”?
(a) It’s an agreement between 20 developing countries of the world on climate change.
(b) It’s a free trade agreement between 7 developed countries of the world.
(c) Agenda 21 is a non-binding, voluntarily implemented action plan of the United Nations with regard to sustainable development.
(d) None of the above
Answer: (c)

Basel Convention is related to the:
(a) Trans-boundary Movements of Hazardous Wastes and their Disposal
(b) Ozone layer depletion
(c) Sustainable development
(d) Earth summit
Answer: (a)

Which of the followings are the aims of the Basel Convention?
(a) The reduction of hazardous waste generation and the promotion of environmentally sound management of hazardous wastes, wherever the place of disposal;
(b) The restriction of trans-boundary movements of hazardous wastes except where it is perceived to be in accordance with the principles of environmentally sound management.
(c) A Regulatory system applying to cases where trans-boundary movements are permissible.
(d) All of the above
Answer: (d)

Which among the following multilateral convention seeks to protect the human health and environment from Persistent organic pollutants (POPs)?
(a) Bonn Convention
(b) Stockholm Convention
(c) Rotterdam Convention
(d) Basel Convention
Answer: (b)

With which of the following, the Agenda 21’ of Rio Summit, 1992 is related to?
(a) Sustainable development
(b) Combating the consequences of population explosion.
(c) Mitigation norms of Green House Gases (GHGs) emission.
(d) Technology transfer mechanism to developing countries for ‘clean- energy’ production.
Answer: (a)

Which of these pairs are correctly matched?
(a) Minamata Convention on Mercury
(b) Stockholm Convention on Persistent Organic Pollutants
(c) Basel convention
(d) Both a and b
Answer: (d)

Which of the following is not a Millennium Development Goal?
(a) Ensuring environmental sustainability
(b) Eradicating extreme poverty and hunger
(c) Developing global partnership for development
(d) Achieving universal energy security
Answer: (d)

Which among the following terms of utmost significance in the dynamics of resource management was coined in the Brundtland commission (Our Common Future)?
(a) Polluter-Pays Principle
(b) Sustainable development
(c) Inclusive Growth
(d) Carrying Capacity
Answer: (b)

The Nairobi Convention is for protection, management and development of which of the following?
(a) Marine environment
(b) Desert Biomes
(c) Coastal and Inland wetlands
(d) Arctic and Antarctic
Answer: (a)

Who among the following is the founder of “R20 Regions of Climate Action” a non-profit environmental organization?
(a) Al Gore
(b) Roger D. Launius
(c) Arnold Schwarzenegger
(d) Bill Gates
Answer: (c)

The Access and Benefit Sharing (ABS) Protocol adopted by COP- 10 at Nagoya is regarding the fair and equitable sharing of benefits arising from the use of:
(a) The genetic resources of the earth.
(b) Exclusive Economic Zones (EEZs)
(c) Marine and coastal areas significant for ‘eco-tourism’.
(d) Technology transfer mechanisms for Clean Energy Development.
Answer: (a)

Which of the following are the 17 new Sustainable Development Goals?
(a) Conserve and sustainably use the oceans, seas and marine resources
(b) Reduce inequality within and among countries
(c) Take urgent action to combat climate change and its impacts
(d) All of the above
Answer: (d)

The Red List of IUCN provides the list of which of the following?
(a) GM plants
(b) Dangerous plant species
(c) Threatened species
(d) Dangerous animal species
Answer: (c)

With reference to the Flexible Mechanisms of Kyoto Protocol, which of the following is / are correct statements?
(a) Through Clean Development Mechanism (CDM), any Annex I country can invest in emission reduction projects in any other Annex I country as an alternative to reducing emissions domestically.
(b) Through Joint Implementation (JI), countries can meet their domestic emission reduction targets by buying greenhouse gas reduction units from (projects in) non Annex I countries to the Kyoto protocol (mostly developing countries).
(c) None of these
Answer: (c)

Which of the following is NOT one of the 17 Sustainable Development Goals (SDGs) that are the continuum of the 8 Millennium Development Goals (MDGs)?
(a) Sustainable Cities and Communities
(b) Industry, Innovation and Infrastructure
(c) Good Health and Well Being
(d) House and employment for all
(e) Affordable and Clean Energy
Answer: (d)

In the 1980s, the world demand for what was contributing to the clear-cutting of the Amazon rainforest?
(a) Beef
(b) Oil
(c) Cosmetic moisturizers
(d) Teak wood
Answer: (a)

Greenpeace’s first action was against what?
(a) A nuclear weapons test
(b) Seal hunting
(c) Whale hunting
(d) Deep-sea trawling
Answer: (a)

The sustainable development goals are designed to continue the work of the millennium development goals. Which of the following millennium targets was the least successful?
(a) Halve, between 1990 and 2015, the proportion of people whose income is less than $1.25 a day
(b) Eliminate gender disparity in primary and secondary education
(c) Achieve, by 2015, universal access to reproductive health
(d) Reduce by two-thirds, between 1990 and 2015, the under-five mortality rate
Answer: (c)

The sustainable development goals will be adopted by leaders at UN headquarters … in which city?
(a) Rio de Janeiro
(b) London
(c) Nairobi
(d) New York
Answer: (d)

Which of these sustainable development aims did not feature as standalone millennium development goal?
(a) Achieve gender equality and empower all women and girls
(b) End poverty in all its forms everywhere
(c) Ensure sustainable consumption and production patterns
(d) Ensure inclusive and equitable quality education and promote lifelong learning opportunities for all
Answer: (c)

Which of the following is not a sustainable development goal?
(a) Ensure healthy lives and promote wellbeing for all at all ages
(b) End poverty in all its forms everywhere
(c) Take urgent action to combat climate change and its impacts
(d) Eliminate racism in all its forms
Answer: (d)