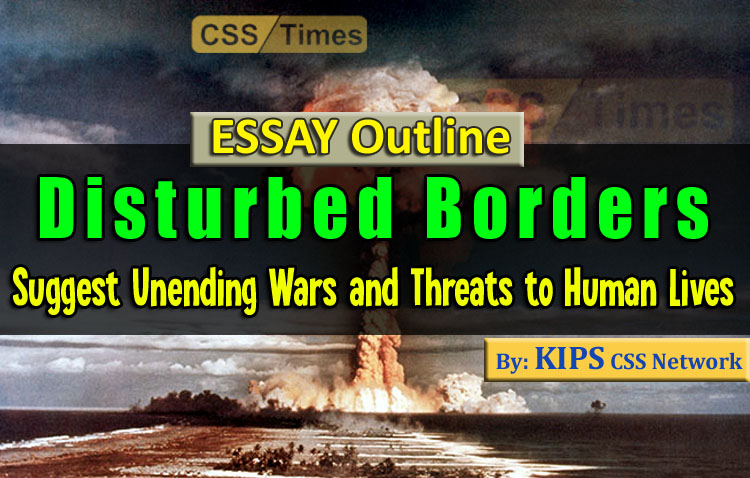 1.1 Border skirmishes lead to antagonism
1.2 Bloodshed over the borders poisons the relationship among countries.

2. Why do borders remain disturbed?

5. How disturbed borders lead to threat of human lives

Check Also: CSS Essay: The United Nation has Failed to Measure Up to the Demands of its Charter

8.1 Powerful countries need to put aside their interests and provide solutions to disputes without any biasness.
8.2 International community to deal with banned militant organizations to cease them to wage war in war-torn countries.
8.3 International community to provide solutions on refugee crisis. i.e; millions of Syrian refugees died in Mediterranean Sea as neighboring countries closed their borders for them.