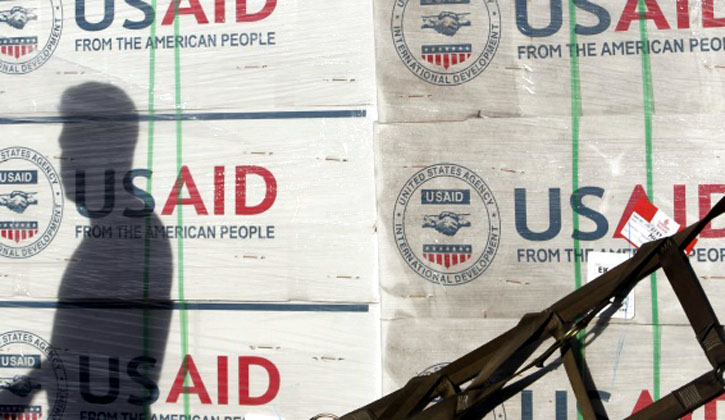 So much is written and said about foreign aid that it has become difficult to contribute meaningfully to the debate about whether it is effective. But if we are charting our fates as citizens of a crowded, fragile planet, then any honest assessment must conclude that progress has been made, whether in terms of child survival or literacy or access to basic sanitation. Still, profound social disparities exist; so too does extreme poverty. And the prospects of those living on less than two dollars a day remain grim. With the stakes as high as they are, the need to challenge the assumptions we make about aid is paramount. Myths and mystifications about aid persist. Whether we speak of feedback loops or best practices — or, perhaps, simply better practices — we have a long way to go.

Despite agreements on aid effectiveness reached in Rome, Paris, Accra, and Busan over the last decade, 80 percent of aid from major bilateral and multilateral donors to fragile countries still bypasses the systems of local public institutions. But the aspiration to improve the lives of those living in extreme poverty through better public health, public education, and public works by definition requires public-sector capacity.

What are the consequences of bypassing national and local institutions? Haiti is the setting for about half of the world’s recently reported cases of cholera, which is a striking example of what happens to a country lacking a functional public sector. Can we really imagine eliminating the disease without building municipal water systems? Given how little aid is delivered in a manner that could durably build local capacity in fragile settings and extreme poverty — the raison d’être of official development assistance — we see the trap in which we’re stuck. In order to free ourselves from it, we must begin by confronting the myths surrounding foreign aid.

The first myth is that foreign aid doesn’t work. But the aid enterprise has contributed to a number of achievements around the world, not the least of which is the distribution of public goods that have led to higher rates of child survival and reduced HIV infection, malaria, and other infectious diseases. These improvements have been registered across the globe, but certain specific examples are worth citing.

Nineteen years ago, Rwanda lay in ruins. Today, it is the only country in sub-Saharan Africa on track to meet all health-related UN Millennium Development Goals, among them reducing under-five mortality by two-thirds, between 1990 and 2015. Rwanda, in fact, has seen one of the most dramatic declines in premature mortality ever recorded. Although many economic measures of well-being miss important disparities, the trends in Rwanda are encouraging: since 1994, per capita income has almost tripled and GDP has quadrupled, growing at a rate of 8.1 percent annually from 2000. Research shows a link between progress towards key targets of the Millennium Development Goals and direct investment in government institutions. So it is no surprise that almost 56 percent of Rwanda’s official development assistance is disbursed through its own country systems and institutions.

This is not to say that PEPFAR and the Global Fund haven’t made missteps. But together they have changed the global conversation about AIDS. Some used to claim, for example, that it was impossible to treat a chronic infection with a multi-drug regimen in settings of poverty. But that was not any more true than the claim that treating infections alone would suffice. More funding for AIDS therapy and the rollout of ambitious national plans produced a great rush to enroll patients and integrate prevention with care. PEPFAR and the Global Fund promoted equity by providing the highest standard of care, which included the prompt diagnosis and treatment for both diseases.

The argument is often made that it is not cost-effective to provide tertiary health care services such as cancer treatment to those now struggling to leave poverty behind. How many times have we heard in places like Haiti and Rwanda that we shouldn’t think about, much less focus on, specialized health care when so few people have access to basic public health interventions such as vaccines? Thus, we are socialized for scarcity; thus, we set our sights and our aspirations lower.

April 15, 2013, was a tranquil day, at least for a massive sporting event like the Boston Marathon, until suddenly there were hundreds of injuries, many severe. And they all happened at once, as is always the case with bomb blasts and disasters less subject to human control, including earthquakes. The city’s teaching hospitals did a splendid job that day and in the days that followed: not a single patient who made it to a hospital died. In addition to heroism and compassion, there was a system in place in Boston’s hospitals, and it worked.

In recent decades, such aspirations have sometimes been derided in public health, especially by those tasked with serving the poor. Some in the development world have dismissed teaching hospitals, such as those that provide care for AIDS or cancer, as not cost-effective, nor sustainable, nor a wise use of scarce resources. But the Mirebalais University Hospital is now up and running because a lot of builders and supporters in Haiti, Boston, and across the United States and other countries rejected these low-ball aspirations.

Others argue that governments in poor countries are too corrupt to work with. But the numbers regarding aid to some fragile states tell a reassuring story. The UN recently analyzed data from six donors on how much of their foreign aid is lost to corruption and fraud: Australia, Belgium, the European Commission, Denmark, the United Kingdom, and the United States. Together, they gave an estimated $47.8 billion in aid in 2011, which amounted to approximately 31.7 percent of all aid reported to the Organization for Economic Cooperation and Development. The quantity of aid that these donors detected either as being lost to fraud or as being an improper payment ranged from only 0.006 to 0.16 percent. The United Kingdom’s Department for International Development spent approximately $10.9 billion in aid in 2010–2011 and reported only 0.015 percent ($1.9 million) as lost due to fraud. The U.S. Agency for International Development actually has the highest rate of detected fraud among donors who report this data publicly. It also has the lowest percentage of funding going through government systems, at 0.8 percent.