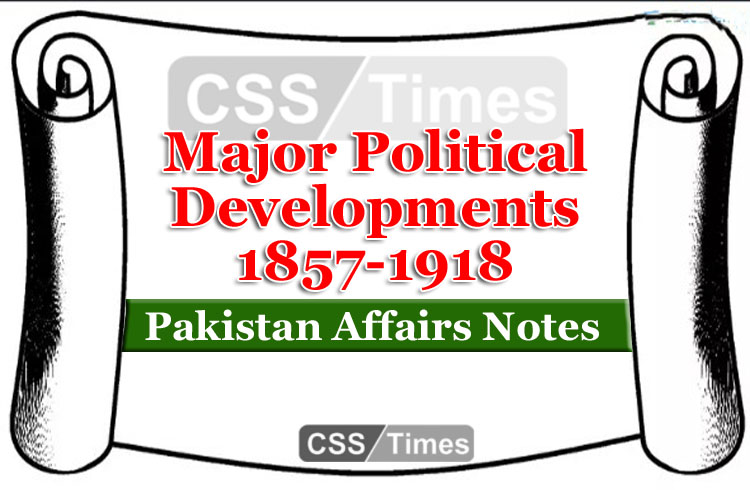 The year 1857 brought decline to the Muslim rule in India. Muslims and Hindus participated in the War of Independence but the British held only Muslims responsible for the rebellion. The Muslims were persecuted ruthlessly and left at the mercy of time. The post war era was disastrous for the Muslims but some personalities emerged on the national scene and played excellent role to guide their people in this critical situation. The Central Mohammedan Association of Justice Amir Ali Syed and the Aligarh movement are very prominent in this regard. Their efforts for revival of the self-identity and political positioning in the Indian society enabled them to face any challenge in the future.

Some important issues have already been discussed in the previous lectures. So a brief reference to events in historical context may be given:

• Decline after the 1857 Uprising
• Sir Syed and his colleagues’ efforts for revival
• Removal of misunderstanding between the Muslims and the British
• Educational movement or acquisition of modern knowledge and English
• Hindi-Urdu Controversy was the issue that unearthed the hatred and enmity of Hindu community towards the Muslims.
• Formation of the Congress was a method to incorporate the Muslims in Hinduism. It popularized the agitational politics that Muslims could not afford because they were still recovering the past gaps.
• Hindu Revivalist movements mostly targeted the Muslims that accelerated the pace of widening the gulf between the two nations.

Events Since the Beginning of 20TH Century

United Bengal’s area covered 189,000 sq. miles with 80 million populations. Dr Abdul Hameed writes in his book, Muslim Separatism in India, that the partition was imperative even if Curzon had not initiated it. A Lt. Governor had problems in looking after the eastern areas. Mainly Muslim suffered because of the rotten administration by the British. Before 1905, many proposals of partition of Bengal had been under consideration but Lord Curzon decided to practicalise this administrative scheme. East Bengal became incidentally a Muslim majority province having 13000000 out of 31000000. West Bengal was a Hindu majority province. Muslims were very happy on the partition as this had enabled them to promote their life conditions. It was rightly an opportunity for compensation. The Muslim community supported it strongly but Hindus retaliated furiously saying it the division of motherland. The Congress joined the anti-partition movement. They started widespread agitation, violence and boycott of foreign goods. The main reason of Hindu protest was that they had loosened grip over the eastern parts.

Annulment of the Partition on 12 December 1911

The British government revoked the partition to avoid trouble on the visit of King George V. The Muslims were disappointed by the government response to the violent strategy of protests adopted by the Hindus.

In fact Simla Deputation was in line with a kind of thinking that was developing amongst the Muslims during that time i.e. they had certain interests and they must stand up to protect their rights and unless they do that that objective would not be achieved. The Simla Deputation of 1906 was the first systematic attempt on the part of the Muslims to present their demands, to the British government and to seek their acceptance. The Simla deputation comprised 35 Muslims from all over India. It was a galaxy of Muslims leaders from all the provinces, from one end of India to the other and it had Muslims of all background. Therefore, when in 1906, this deputation called on the Viceroy, it was the most representative Muslim delegation. This delegation was led by Sir Agha Khan and Nawab Mohsin ul Malik served as a secretary and this delegation met the Viceroy in Simla that was why it was called as Simla Deputation. The memorandum which they presented was a kind of demands which were the uppermost in the minds of the Muslims at that time. The delegation emphasized that the Muslims should not be viewed simply in numerical terms but they should take into account their historical importance and the kind of contribution the Muslims had made to British India and keeping in view that importance they should work towards accommodating their demands. The delegation emphasized that democratic principle should be introduced keeping in view the peculiar conditions and circumstances of India. The diversity, the fact that there different kinds of people living in India and the fact that the Muslims consider themselves to be a separate entity, all these things had to be taken into account because the India was not a homogenous amalgamated or monolithic political identity. It was a political identity comprising diversity, divergence in view, divergence in outlook and when you introduce some kind of system then these realities had to be accommodated. In view of this submission they presented some demands:

Representation more than their population because of their importance.

The Viceroy was sympathetic towards the demands. It encouraged the Muslims to launch struggle for their rights parallel to the Indian National Congress but it required an organized platform.

Time had come to formally organize the Muslims after the success of the Simla Deputation. The Muslim leaders desired to create a permanent political forum. After the meeting of the Mohammedan Educational Conference, the Muslim leaders met to set up the All India Muslim League. Wiqar-ul-Mulk chaired the meeting. Nawab Salimullah proposed Muslim League and Hakim Ajmal Khan and Maulana Zafar Ali Khan seconded.

In the Karachi session Dec. 1907 its constitution was approved and in March 1908 at Aligarh, Agha Khan was formally elected its president.

Justice Amir Ali Syed organised a branch of Muslim League at London and responded effectively to the misunderstandings and conspiracies of the Hindus against the Muslims.

1. Protection and promotion of political rights and interests of the Muslims.
2. Cooperation with other communities without prejudice to the above goal.
3. Fostering sense of loyalty, among the Muslims, towards the government
4: Change in the Goals of the Muslim League 1913

Important developments occurred during the first decade of the 20th century like annulment of the Partition of Bengal and Western aggression towards Muslim countries, Balkan wars, Libya-Italy war, Demolition of the mosque in Kawnpur (1913), etc. weakened Muslim faith in the British. This led to a major drift in the Muslim League’s policy. In 1913, the League changed its goals:

• Self government under the British Crown keeping in view the peculiar conditions in India.
• Good relations with other communities’ cooperation with any party working for similar goals.

This change brought the ML and Congress closer. In this way the era of cooperation between Hindus and Muslims set in. The role of the Quaid-i-Azam is highly noteworthy to bring the Congress and the Muslim League to the table. He joined the Muslim League in 1913.

The Lucknow pact was the product of Hindu-Muslim unity envisaged by M. A. Jinnah. In December 1915, the ML and Congress met separately in Bombay. Both the parties set up committees for making a scheme for constitutional changes in consultation with other political parties.

Role of the Quaid-i-Azam

Jinnah did a lot to unite the two nations along with the recognition of the rights of Muslims. Meeting of both parties held at Lucknow in 1916. The constitutional proposals were approved:

1. Separate Electorate
2. One Third Muslim seats in Central Legislature.
3. Unofficial bill, if opposed by three-fourth members of a community, it will not be passed.

Secretary of State Montagu promised for:

The historical struggle of the Muslims confirmed their identity. They organized their political party to address the demands. They also got recognition by the Hindus as a separate nation. The British accepted their role in the political domain.