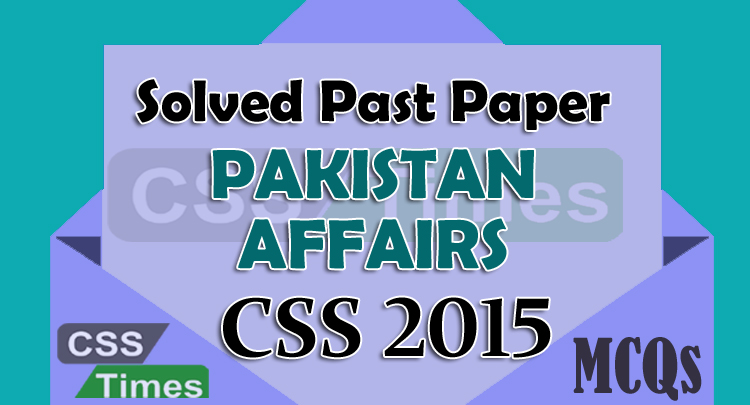 1) Mohenjo-daro and Harappa were discovered in

Explanation: In 1826, a British traveller in India called Charles Masson came across some mysterious brick mounds. He thought they looked like old castles.
Thirty years later in 1856, engineers building a railway found more bricks, and carted them off to build the railway. This was the first people knew of the lost Indus city of Harappa.
In the 1920s, archaeologists began to excavate the sites of Harappa and Mohenjo-Daro. They uncovered the remains of long-forgotten cities. They had found the Indus Valley civilisation.

(a) Shah Walliullah Dehlavi
(b) Syed Ahmed Brailvi
(c) Sir Syed Ahmaed Khan
(d) None of these
Answer: (a)

Explanation: Hujjat ul Balaghah (translated as “The Conclusive Argument of God”) is the master work of Shah Wali Allah of Delhi (1762), considered to be the most important Muslim thinker of pre-modern South Asia. This work, originally written in Arabic, represents a synthesis of the Islamic intellectual disciplines authoritative in the 18th century.

3) Brahmo Samaj was founded by

(a) Rammohun Roy
(b) Tarachand Chakravarti
(c) Debendranath Tagore
(d) None of these
Answer: (a)

Explanation: The first phase of its history is intimately linked up with the career of its founder Rammohun Roy (1772 – 1833). The Brahmo Samaj which was launched into its eventful career on August 20, 1828, gave a concrete expression to Rammohun’s concept of universal worship.

4) First President of All India Congress was

(a) Allan Octavian Hume
(b) Womesh Chunder Bonnerjee
(c) Dadabhai Naoroji
(d) None of these
Answer: (b)

Explanation: Womesh Chandra Bonnerjee was born on 29 December 1844, in Calcutta in an upper middle class Brahmin family of considerable social standing. He presided over the first session of the Indian National Congress held at Bombay in 1885 from 28 December to 31 December and attended by 72 members

5) First census in India was made in the period of

Explanation: In 1871, India’s first census was carried out on Mayo’s orders. He organized the Statistical Survey of India, which, under the direction of William Wilson Hunter, “produced a printed account of each district, town, and village, carefully compiled upon local inquiry, and disclosing the whole economic and social facts in the life of the people.” This was the most exhaustive work done since the Ain-i-Akbari.

6) “The Life of Muhammad” was a book written by

7) Sind was separated from Bombay in:

Explanation: The British Parliament passed the bill in 1935 known as ‘Indian Act 1935’. According to its clause 46 Sindh separated from Bombay on 1st August 1936.

8) Darul Uloom Deoband was founded by

10) The first secretary of Khilafat Committee was

Explanation: The Muslims of India decided to launch a movement for the safeguard of the institution of Caliphate and to manifesttheir resentment over actions the Allies had taken in Turkey. A “Khilafat Committee” was set up in 1919 toconduct and to organize the Khilfat movement with Maulana Shaukat Ali as its General Secretary. Congress also supported this movement under Abdul Kalam Azad. This movement was launched to pressurize the British into keeping their promises. In Novemeber 1919 the 1st Khilafat Conference was held in Delhi.

11) The first Foreign Minister of Pakistan was

(a) Liaquat Ali Khan
(b) Sir Muhammad Zafarullah Khan
(c) Hamidul Huq Choudhury
(d) None of these
Answer: (b)

Explanation: Sir Zafarullah was 1st Foreign Minister of Pakistan and the first Muslim, Asian and the only Pakistani to preside over the UN General Assembly and the International Court of Justice

12) Who was convicted in Rawalpindi Conspiracy Case?

The Rawalpindi Conspiracy was an attempted Soviet-backed coup d’état against the government of Liaquat Ali Khan, the first Prime Minister of Pakistan, in 1951. Eleven military officers and four civilians included leading Pakistani poet Faiz Ahmed Faiz were involved in the conspiracy It is just like a fairy tale that Akbar Khan conspires without a gun, tank, brigade or division. Only eleven officers were going to do some miracles with four civilians including his wife.

Explanation: On 8 September 1958, Pakistan purchased the Gwadar enclave from Oman for $3 million. Gwadar officially became part of Pakistan on 8 December 1958.

14) The largest Agency in the Federally Administered Tribal Areas (FATA)

(a) Ghalanai
(b) Khyber Agency
(c) South Waziristan
(d. None of these
Answer: (c)

Explanation: In terms of area South Waziristan is the largest agency in FATA, being 6,619 km². It has two headquarters: Tank is the winter headquarters of the Agency while Wana is its summer headquarters. It has been functioning since 1895.

Explanation: The historical 121-year old Quaid-e-Azam Residency in Ziarat, Balochistan was burnt down after a terrorist attack carried out by the foreign-backed Balochistan Liberation Army (BLA) in 15 June 2013.

Explanation: General elections were held in Pakistan on 11 May 2013 to elect the members of the 14th National Assembly and to the four provincial assemblies of Punjab, Sindh, Baluchistan and Khyber-Pakhtunkhwa.

17).The politician who served as both Governor General and Prime Minister was

(a) Sir Zafrullah Khan
(b) Khawaja Nazimuddin
(c) Ghulam Mohammad
(d) None of these
Answer: (b)

Explanation: Khwaja Nazimuddin (1894-1964), was Chief Minister of undivided Bengal and Governor-General and Prime Minister of Pakistan.

18. The British Parliament announced the Independence Act on

Explanation: The British Parliament passed the Indian Independence Act on July 18, 1947. The Act created two dominions, Indian Union and Pakistan. It also provided for the complete end of British control over Indian affairs from August 15, 1947.

Explanation: It was on 1 April 1948 that the East Punjab Government in control of the head works at Madhopur on the Ravi and at Ferozpur on the Sutlej, cut off water supplies to the canals in Pakistan fed by these head works, after the Standstill agreements expired on 31 March 1948.

20) Kashmir sold to Gulab Singh in

Explanation: On March 16, 1846, the British sold Kashmir for 75 Lakh Nanakshahi rupees to Gulab Singh via the Treaty of Amritsar